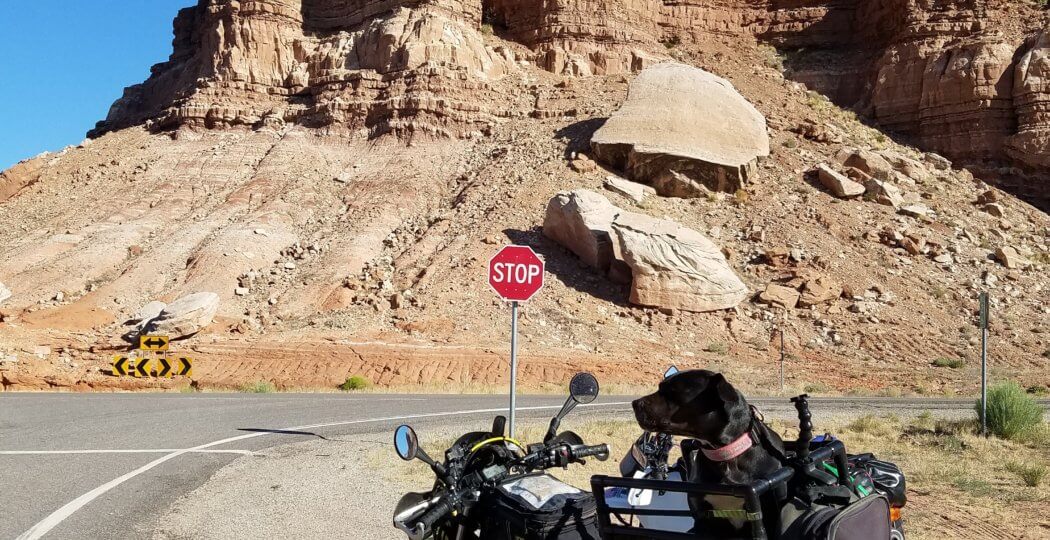 Who is this Corma guy that no one even knew about back when the story du jour was Ebola, Caitlynn, etc, etc, and now everybody seems to be incessantly singing about him? I thought the Dems wanted him fired to begin with, but now that he has been, are howling like they caught their respective testicles in a mousetrap,(as if they had any)(testicles, not mousetraps) and the Republicans, who just LOVE rule of law(snort), are trying desperately to distance themselves from the situation by crawfishing away, their retreat masked by clouds of muddy smugness.

What a bunch of complete and utter nimrods.

Well, I’m not worried about in the least; last week dad, Kyle and I were light years away in southern Utah. It had been a looooong day on the bikes, and we were desperately looking for a place to stealth camp, but on both sides of the road, barbed wire stretched towards the infinity, the twin strands converging somewhere over the horizon.

It would seem that the Ute Indian tribe on our right and the Mormons on our left were a little less hospitable than they would have preferred others be to them back when they first passed through this area; I’m sure that Joseph Smith and the Great Spirit would have turned a blind eye if a black dog had laid her head on their respective homelands.

Finally, we spotted a Git’n’Go on the edge of the desert. A delegation of one was hastily formed, and dad became the honorary visiting dignitary to the sprawling micropolis of Aneth, UT. The very succinct administrator of petrified bacon, egg and cheese biscuits informed dad that desperate travelers sometimes camped behind an old church just down the road.

Now there is nothing like the sound of approaching law enforcement’s footsteps at 0300 to cause the butt cheeks of any stealth camper to pinch a hickey on the interior of their sleeping bag, but dad was assured that there would be no such incidents, so we rode over to check it out.

We were chased from store to the church by a pack of Indigenous American canines; they were yapping something in their own peculiar dialect that I couldn’t translate. I should have realized something was amiss when the pack of not-so-braves turned tail and fled back to the reservation as we approached the church.

With good cause, it turned out. The area behind the church did a fine job of protecting our tents and bikes from curious eyes, but we found that the ground was littered with larkspur, devil’s club, cactus and fire ant condominiums. Dad and Kyle decided to sleep tent-less on the porch of the old church, and I was in full agreement, as my paws were already full of thorns.

We got everything set up to spend the night in the warm embrace of the Aneth Bible Church. “Everyone Welcome”? Well, we were fixin’ to test THAT theory. We were admiring the sunset when dad happened to look up and spot an electric fly in the ointment right above our heads that could potentially ruin our best laid plans.

A sodium-arc security light, so purposefull looking that it appeared to need it’s own nuclear reactor to provide power. We were debating why such a dilapidated old church would need such a source of high tech rudeness and hoping that the church secretary had perhaps forgotten to pay the light bill, when we hear:

The harmless looking mixture of metal and plastic began to transform itself into the ever present Eye of Sauron, attracting to its corona hordes of orc-like mosquitoes. It appeared that sleep would be impossible in the direct light of the noon day sun, so it became every man (and dog)for himself(or herself).

Morning found dad and I in the bottom half of our tent, huddled in the exact geographical center of the church’s dirt parking lot, as this was the only spot not criss-crossed with sun-baked, back-breaking ruts. The downside, as if we needed another, was that we were in direct view from the now not-so-dark desert highway. I refused to arise at such an unholy hour, so dad had to venture forth alone to find the source of the sound of a snarling bear being attacked by a screaming midget wielding a chainsaw.

The horrible cacophony appeared to be emanating from a large blue burrito laying on the sidewalk behind the church, actually the snores of Kyle wrapped up in a large tarp as protection from the mosquitos. He couldn’t have looked any more like a homeless person if he had been holding a sign, “will work for food”. It appeared that my fears of hassle from the local constabulatory were unfounded, as any cop with half a heart would not have not arrested us for vagrancy but probably called the precinct and taken up a collection.

After a fine breakfast of stale honeybuns and lukewarm Gatorade, we shook the dust of Aneth from our aching bones and headed west into the Valley of the Gods.

And even with all the discomforts of the trail, it is still infinitely preferable to being incessantly barraged upon our return to “civilization” with the electronic artillery being operated by our “media”… Trust us, they say; well, I say they prove daily to be not worth of our trust. Let then squabble, I have much better things in which to concentrate my mind on!