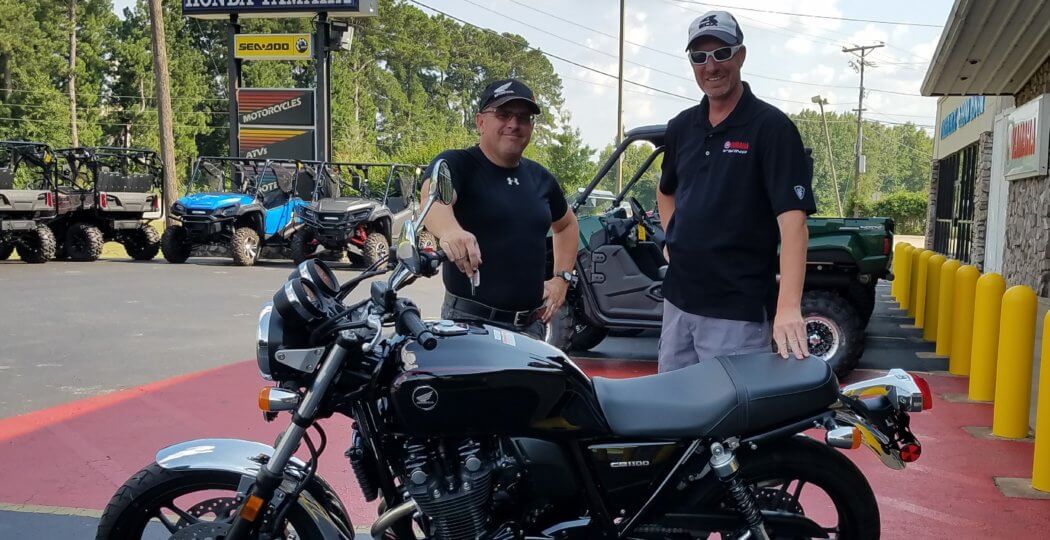 Dad here; we were going to make our first attempt at letting Miss Sandy stay inside last night, but evidently no good deed goes unpunished. As usual, she hung out in the kitchen with the other inmates until bedtime, then everybody stampeded outside for one last gallivant before settling in for the evening. Then they all dutifully troop back in, ready to assume their self-assigned territories on the beds.

Except Sandy and Ajax.

Evidently, she could find a swamp in the middle of the Mojave, and Ajax would follow her into it’s murky depths. Then she somehow transported that swamp directly onto mom’s kitchen floor; mom was not pleased. Ajax found himself unceremoniously scooped up and deposited in the kitchen sink for the ritual cleansing of his loins, and Sandy was banished to the Casa North until the relocation experiment can be re-attempted at a later date.

Some newcomers to this page may not realize the origins of Charlie’s name, or the significance of motorcycles to the story. Even before Charlie entered our lives, I’ve had a sickness that can only be cured with old-school Honda CB motorcycles, but that type of bike has replaced in the public eye with Harley Davidson-type cruisers and plastic encased crotch rockets.

In 2011, word was leaked that Honda had brought a crew of engineers out of retirement and combined them with a gaggle of hot shot young designers; their mission was to bring this type of sbike back. They combined the details that made the bike a world beater back in the late sixties with today’s technology to create the CB1100, and in 2012, released it to the public and began causing me to break at least six of the Ten Commandments on a daily basis ever since.

As the 1100 was out of my meager pay range, I cycled through various older CB’s over the last five years, taking my first cross country trip on a 1991 CB750. Then, after my accident in 2014, and I was still getting acquainted with my plastic stomach leech, er, my fashionable new colostomy bag, Zach and I took the 1989 CB1 and the CB500X out for a spin. It was a raw, rainy day in January, when even normal non-medical-appliance wearing people would have enough common sense to stay home, but we’re not normal. It was on this day that we spotted the crate, and Charlie found us, and here we is.

My buddy Mike works (if that’s what you want to call it) at the local Honda dealer, and knows of my affliction and how to play upon it. A 2014 CB1100 was found still in the shipping container; she was released from her crate, and is now the latest inmate at the Casa del Whackos.

I guess this is where I should thank Mike, Rich, Dan, and the rest of the crew at Richards Honda for putting this deal together, but that would be like thanking someone for providing a recovering alcoholic their own personal liquor store. But seriously, thanks a million; you guys rock.

Now the serious part: every inmate at the Casa has to have a name and a voice, and this one is no different. A while back, there was a follower of this page, a courageous warrior, a dark lady with an even darker sense of humor. She was fighting an epic battle with cancer, and although we never spoke except via email, she always expressed a desire to be able to go with Charlie and I on our adventures. Even though she’s no longer with us, I would never say that she lost the war, for as long as a man’s (or woman’s) stories remain alive, then they are immortal, and we’re remembering her today.

Her name was Darling Nikki, and in her honor the newest inmate shall be called the same, and after a few modifications, will become the new Charlie Chariot. It is my hope that her family sees this and knows that the Casa remembers.