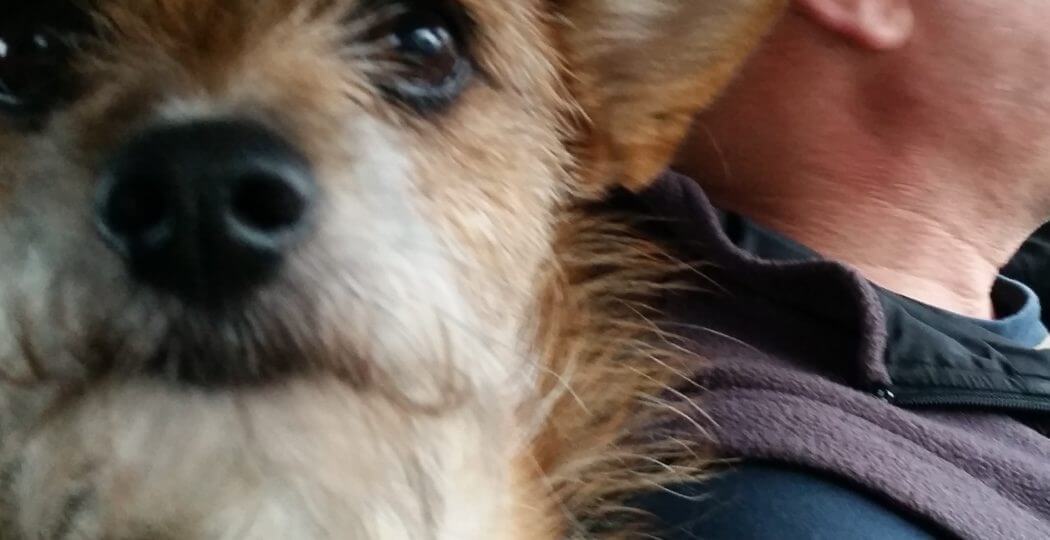 I don’t have it in me to be witty or creative right now, so I’ll cut to the chase:

Earlier tonight, I thought it odd that he wasn’t glued to my side as he usually is, so I began checking the cars to make sure he hadn’t stowed away; no luck. After checking the house, I looked out the back door and saw a pile of brown fur out in the back yard; it was Max, alive, but just barely. I won’t go into detail, but it was as bad as I’ve ever seen.  Mom had seen the neighbor’s farm dogs, two Pyrenees and a collie, in the yard earlier, and we’re 99% sure that they’re responsible.

The owner lives down a gated road, and either ignored me beating the crap out of his gate or wasn’t home. We called the sheriff who came out to file a report and inspect the body, but what could he really do? I had no choice but to bury Max under by the light of the full moon.

Max was my dog, my only dog, for a long time until Charlie came along. I would be doing him a massive injustice to even attempt to eulogies him, as no words can do him justice.

There are two holes involved here, one in the back yard, and one in my heart;