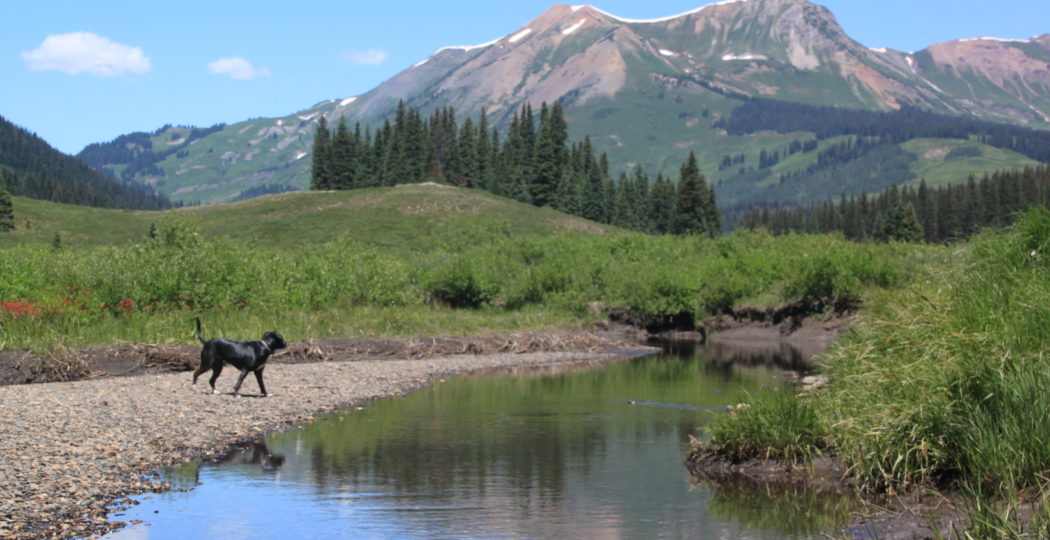 Sure is quiet around here with mom and that hairy little goober gone; even Mia is moving a bit slowly since mom took her to get hit with a shovel.

Uh, Charlie, there was no shovel involved; mom took Mia to get “spayed” not “spade”… anyway, this whole bed thing works out a lot better with everyone else gone, don’t you think?

Don’t get used to it, dad; you do realize that after Thursday, we will both be crammed down inside the same sleeping bag every night?

Yeah, Charlie, about that; I bought you your own ground pad and blanket, but still you persist in wedging yourself into my space, with absolutely no regard for the fact that a Big Agnes sleeping bag was created for one human, not one human and an ox. Besides, aren’t you supposed to be a strong, independent, woman, capable of thriving under extreme conditions while traveling through the back country?

Uh, dad, I am strong, but I’m also smart; I spend a lot of time watching the Discovery Channel while you’re at work. I am fully aware that we travel through areas where bears and mountain lions might not take too kindly to us encroaching into their habitat.

Charles, have you ever considered that you and I crammed into the same sleeping bag is going to appear to any interested grizzly as a big red double meat beefy bean burrito?

Oh, yeah, but I’ve thought this out; the way I see it, your girly screams will wake me up, and I can make my getaway, or at least make a move for the gun… uh, there WILL be a gun, right, dad?

Oh, yeah; but have you ever considered the fact that you don’t have index fingers to pull the trigger? What are you going to do, throw it at them?

Hmmmm… hey, dad? Have you ever considered just hitting the local Motel 6? I’ve heard that they’ll leave the light on for you.

There are no Motel 6’s, or any other, where we’re going. We’ll be just fine, always are; possible snow and frigid temps at altitude in Colorado, high winds in New Mexico, desert heat in Utah and Arizona, what’s not to like? Traveling without adversity is just touring. Besides, this time we’re doing things a little differently; we’re taking the motorcycle, and two wheels make everything an adventure.

Oh, yeah, that’s what this girl’s talking about! How about we just drop everything and roll out now?

Not so fast, Chuckilicious; gotta pay the bills first, and besides, Special Olympics is coming up, and that cannot be missed.

Oh, OK, but you do realize that the next four days are going to be the loooongest four days since before God said “let there be light?”

I get it, Charles, but before you know it, we will be rolling hard, the cold wind from the distant mountains peeling your lips back from your teeth and making your ears POP like velvety black bullwhips.

I love a happy ending!