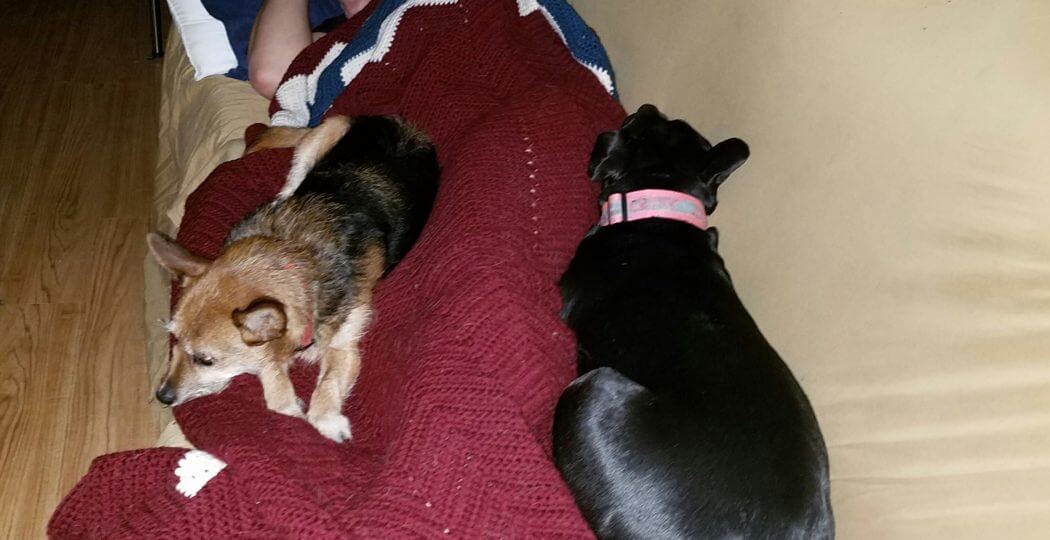 12:18 AM at the Casa; although the calender tells me it’s officialy Charlie Bravo Day, somehow I just can’t seem to make myself believe it. I mean, I AM the Diva dog, and as such, unaccustomed to these vague feelings of self doubt that seem to be stampeding uninvited through my mind. As much as I would like to pretend that this condition doesn’t exist, denial is much more than just a river in Egypt but what is the cause? And what is the cure?

Some might say it’s just Seasonal Affective Disorder, or SAD, a condition where decreased activity and lack of sunlight seems to take their toll on the psyche; this feeling of malaise is highlighted against a backdrop of sometimes forced gaiety of the “holiday” season. But, for many, this time of year holds as many melancholic as merry memories.

I remember little of my life BC(Before Casa), but it stands to reason that if dad and I found each other in January, I probably spent at least the month of December incarcerated in the crate; this residual feeling of seperation could possibly explain the empathy I feel towards those that sometimes struggle with this particular season. But that’s the thing about memories, both good and bad: you have to be alive to have them.

One of dad’s favorite books is “Cold Mountain” by Charles Frazier; there is a particular passage spoken by the old goat woman that rings particularly true at times such as these:

“That’s just pain; it goes eventually. And when it’s gone, there’s no lasting memory. Not the worst of it anyway. It fades. Our minds aren’t made to hold on to the particulars of pain the way we do bliss. It’s a gift God gives us, a sign of His care for us.

Besides, you get to be my age, remembering pleasures long ago is painful enough!”

So, if you’re currently on the mountain? Celebrate whIle you’re at the apex, and give no thought for the valley to come, for it will surely be followed by another summit, and so the cycle continues; this too shall pass.

And while there may not be a cure for this seasonal malady, there is surely a salve, but that’s where this medication differs from most; it is only effective when administered to a fellow sufferer. Forget the commercialism and focus instead on the real reason for the season and His example of utmost selflessness, and the blahs will surely be banished.

Dad and Max have long since relocated to the couch to escape my tossing and turning, a situation that I must remedy immediately; make no mistake about it, I am STILL the queen!