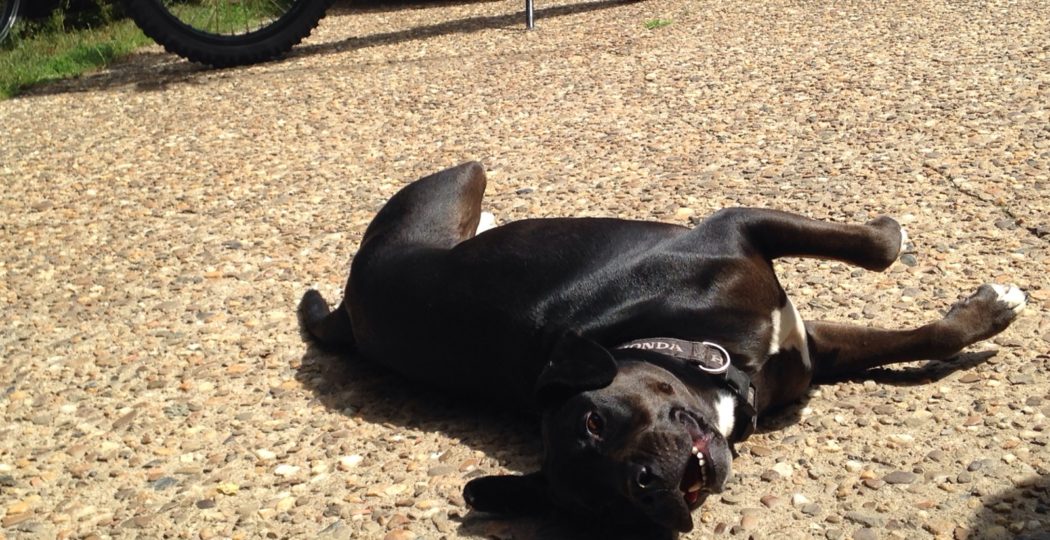 Goid morning from the Casa! Mom has been gone for a week, with another week to go, and things are a bit odd. Even though the sleeping arrangements have changed one iota, with all of us crammed onto the far tight side of the bed, it still feels different. If you ever think that you won’t be missed when you’re gone, or that you don’t matter, try going missing for a days!

I woke up this morning with a thought: people who make decisions based on fear always make bad decisions, and it caused me to remember this post from some time back, and it somehow seemed relevant today…

Even though most think of my story as being one about an abandoned dog, I would put forth that the story is equally about the people; if there had been no dog, there would have been no stories, but had there been no people, there would have been no dog. When dad and Zach first found me, they had no reason to think that they weren’t tackling this problem alone, only to find mom and Miss Tara waiting at the Casa to leap into action. Then Kat and Mr Duane, Hannah and Caleb, showed up, everyone wanting to be a part of saving my life.

For the first week, it was primarily friends and family of the Casa coming to my aid, which, come to think of it, is actually quite a formidable group when it comes to dealing with lost causes. Mom used her wonder concoction to nurse me back from the brink, and when Hannah started my FB page, dad honestly thought that would be the end of it, another goofy dog being assimilated into the general population of the Casa.

When it began to look like I would survive, dad scheduled a visit to the vet. I know that sounds bass ackwards, but you have to understand, this is just how things tend to work out at the Casa, and this wasn’t their first dog and pony show. What dad didn’t know was that the time and date of the visit had been posted on the FB page, and when we got there, the phone lines were jammed with people from around the country wanting to know if my story was real.

DO WHAT?!? People calling a small town vet to determine if my story was legit, to make sure it wasn’t some sort of scam? In what alternate universe does THAT really happen?

As it turned out, people are so sick of the barrage of bad news we are assailed with daily that when they find a legit cause where they can make can actual difference, not necessarily financially but by being a part of something much larger and as yet unexplainably organic, well, watch out.

So over the last year, the story has morphed from being primarily about a dog being rescued from a crate to the message that we ALL have our own crates, but we don’t have to be helpless inside them. Yours may be a cubicle at work, an abusive relationship, an addiction, a multimillion dollar mansion for that matter, all different forms of the same plastic crate to which I was confined, and all locked with the exact same key:

And as helpless as we may feel in our own particular situations, we are NOT helpless to assist others in theirs; it took the actions of others to no only release me from my crate, but to also be willing to do it again and again. Until we realize that we are truly free, we’ll either return to that particular crate or even worse, go find another just like it. It takes a clear vision and steadfast faith to realize that there is always hope; when I was on my last legs and felt I had lost my mind to starvation and claustrophobia, that’s when I heard the bikes approaching; in the process of rescuing me, dad didn’t realize that I was actually rescuing him.

SO stand fast where you are now, as while you might be in need of rescuing yourself, we’re all in this together, and you are someone else’s savior; we can’t fix it all, but we can all fix some.