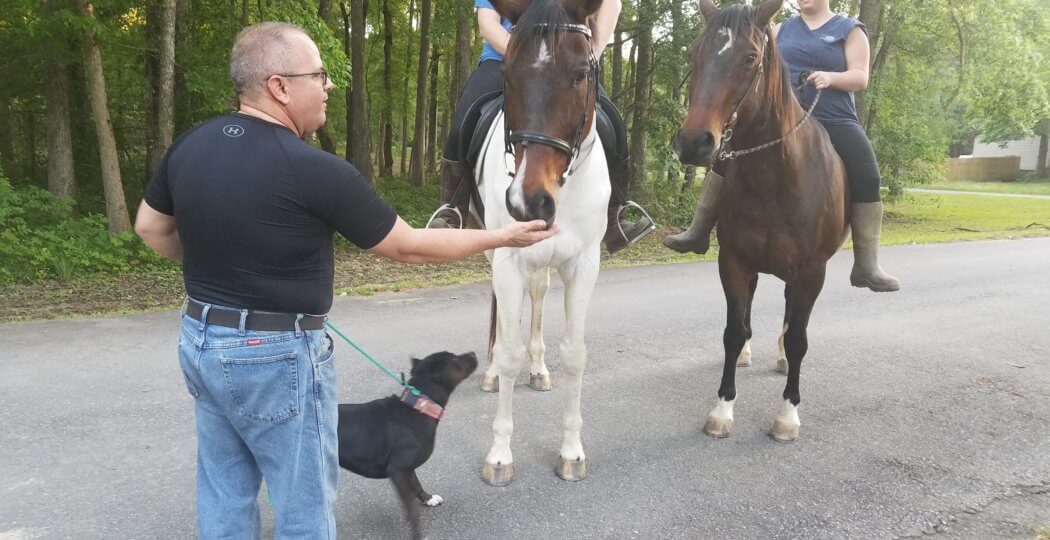 You want to go on a litte adventure?

Uh, I’m not too sure about this; where you’re concerned, “adventures” is usually synonymous with “food”.

Well, not this time; I hear of this place, not too far from where we hang our hang our harnesses, called the Casa del Whackos. It’s ruled by a queen with the odd name of Charlie Bravo.

Bob, do you ever have any emotion that doesn’t originate south of the waistline? Besides, she’s a dog! I would be ashamed of myself! Diversity is one thing, interspecies relationships are quite another… and yes, she is hot.

Well, pip pip, old chap! Brace up and we’ll breeze over posthaste to pay our respects to the bonny black lass!

What’s that, my good man?

You’re putting on airs; you’re Bob, not Sir Robert. I get it; so you’re tall, and you have televangelist hair. That doesn’t warrant you strutting around using language that you picked up from watching Monty Python skits on the telly… wait a minute! Now you have ME doing it! Just stop already!

But I’m The Bob! I’m not like other horses! I am the Peerless Preener, the Equestrian Elitist, the…

Bob, keep your tail down; the last time you flared up like that, you accidently dropped a load of steaming horse apples right in front of that fine Appaloosa at the Saline County Fairgrounds. The fillies are STILL giggling about that one!

OK, OK, I’ll simmer down… What will we talk about? I’ve never conversed with a queen before. Maybe I’ll just act aloof and throw out the vibe.

Yeah, right, like you’re going to act disinterested; that’ll be the day. Besides, I don’t think conversation is going to be an issue, as I hear that she has got this “chark” thing going on; while what to say won’t be a concern, protecting our eardrums definitely will be.

All righty then, you ready to saddle up and head on over to the Casa?