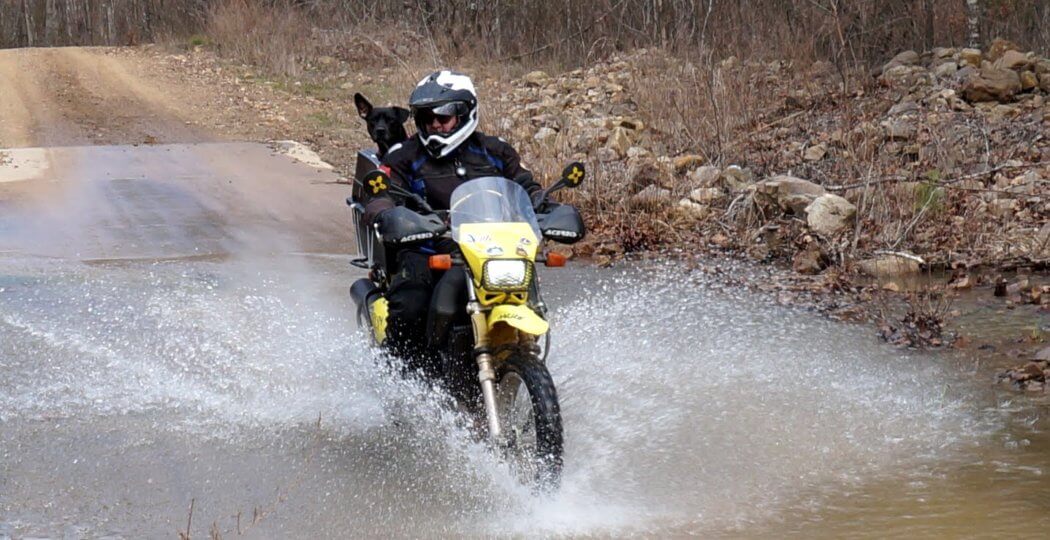 Mom was gone on business for the better part of the week, and between you and me, I’m glad she’s home. What with this demon puppy cavorting around the Casa with his bowels in full evacuation mode, dad has not had the time to devote to my ritual adoration. We have learned the hard way that Tootsie Rolls are NOT to be trusted, especially when they miraculously appear on the hearth, or the in the hallway, or behind locked doors(how does he DO that?), or on dad’s pillow like an unholy mint at the Waldorf Astoria.

And on top of that, during mom’s absence, Mia’s love became like a red, red, rose, and she’s a little thorny. Every night, dad’s meager wits are tested by an inmate who’s determination to escape is equalled only by POWs of Stalag 13. Now, before the pitchforks and torches are deployed, know that Mia is mom’s dog, the last of a long line of attempts to breed and show Finnish Spitz dogs, and the mere mention of having her tutored is met with a stare reminiscent of Medusa on the rag.

Even dad has limits, and putting pampers on a dog is right up there with using a snot sucker on a baby, just a couple of the things that he will not do; mom has no such inhibitions. She finds nothing offputting whatsoever about cutting a tail hole in a pair of Family Dollar diapers, although I must admit the sight of Mia mincing gingerly around the Casa with her curl protruding is a sight not easily erased from the memory banks.

Mom changed Yolo’s name to “Bolo”, we didnt hazard any questions, sometimes you just have to roll with the changes. I’m just grateful that she and the little imp have seemed to bond, and now dad and I can get back to the thing that is really important:

The rest of May is going to be a whirlwind, with Special Olympics and a trip out west just over the horizon. Dad moved the motorcycle trip up a month in an effort to accomodate me and beat the heat in Utah; sometimes black dogs and direct desert sunshine aren’t a good mix. In the past, we have escaped the heat by riding up into the mountains, but this may not be an option this year as Colorado has and is still receiving record snowfall, and many of the high mountain passes will not be open. We have two weeks to decide how to play this hand: concentrate in New Mexico where the conditions might not be as extreme, or let me sit this one out as dad and Kyle poke farther into Utah and Colorado.

Right now we’re leaning towards an 80° rule; if it’s forecasted to exceed 80 in Moab during that week, I might just sit this one out, as an 80° forecast usually means that it will exceed 90+ in the desert. I would hate to miss this trip, but would hate the thought of heat stroke even worse. Stay tuned…

Again, a million ‘Charks” for your kind words and thoughts during the recent ordeals with Bultaco and Max. Not a day goes by that a pang doesn’t hit when we see a particilar picture or find a chewed up power cord; life is WAAAAY too short. For this reason, it’s hard for dad to not just throw caution to the wind and say screw it; we’re taking the dog. I think that he really hates being an adult and having to make the hard decisions; it’s impossible to enter your second childhood when you’ve never left your first!

Whatever the outcome, I assure you that life on the road will always be a party!