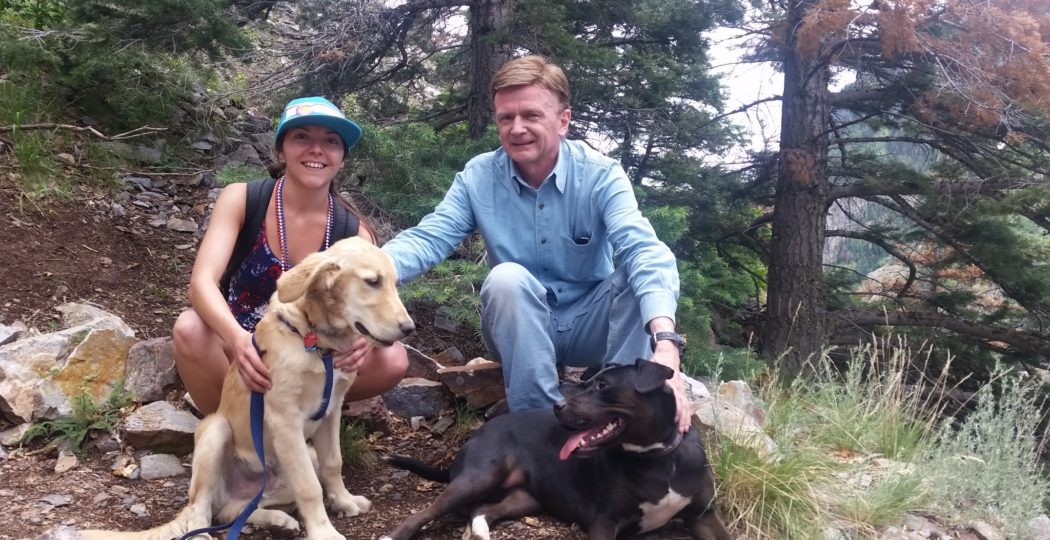 The odometer rolled over again, fifty four summers have now passed under my front wheel. There’s a reason why your rear view mirrors are small and the view before you is large, as where you’re going is more important than where you’ve been, but both are there for a reason.

The kids came over last night, the girls comparing fountain pens in the kitchen, the guys working on bikes in the garage; I’ll give you one guess where the dogs were. There’s something about hanging out with a bunch of goofy dogs while you’re doing some wrenching, but a little off putting when any time you have to get on the floor is viewed as a personal invite to lather your face with dog slobber. First Charlie, then Clyde, the Max comes creeping, Echo comes nosing, then Charlie again, and the cycle repeats itself.

As it usually does, the talk turned to dogs, and how many have passed through the Casa, dogs of every type and temperament, so many we couldn’t recount them all. Some came for just a few days, some for a particular season, some for a lifetime; mutts, purebred, clingy, aloof, genius, afflicted, stubborn, serious, silly, cerebral, clownish, mostly happy stories but more than a few tragic as well. But that’s life, it’s passage marked by some by a parade of dogs, as odd as that may be to others.

When I hit fifty, I had already had a very “eventful” life, and I remember thinking that “what’s next?”; if I had only known how quickly things can escalate. First a total stranger enters my life, a fellow rider that was struck down by a drunk driver, and his stories drove me to start doing a little adventuring of my own. Then came the accident that left my flat on my back in the woods, pooping out my insides while Zach had to ride across the Ouachita mountains in search of assistance, followed by the unlikely combo of a helicopter ride and a colostomy bag.

Then came Charlie; like kids, no one likes to compare one dog against the other, but some eras in one’s life are marked by a particular dog. The intelligence of Uki the Wonder Dog, the brute strength of King Beebe, the loyalty of Max. E. Million, the goofiness of Skinny Minny, the gravitas of Stevie Mae, all have somehow been combined in that wad of scabby dogflesh Zach and I found in the crate that day.

One adjective sums up the Charles better than an other, and that is “happy”; while hiking in Colorado, we encountered an Italian man who knew nothing of Charlie’s story who’s first comment was “that’s the happiest dog I’ve ever seen”. It had been her mission since day one to spread that happiness and hopefully provide a sanctuary from the horrible stories that some feel compelled to share on the Web. If there’s a happy ending to a sad story? Share away. If it’s a call to action, and there’s something I can do to affect the situation? I’m all in. But if you’re posting something because it upset you and you feel compelled to share the wealth, well, don’t bother on my account, as there are enough negatives to be dealt with without finding them in the very places I go to escape them. This is the very reason that Charlie began posting in the first place.

I’m know that there’s smarter and prettier dogs out there, and I’m sure that they probably live in your house and hog your bed, but I can assure you that there is not another Charlie, and the adventures are just beginning.

Whether on the road, on the trail, or at the Casa, it’s always a party!