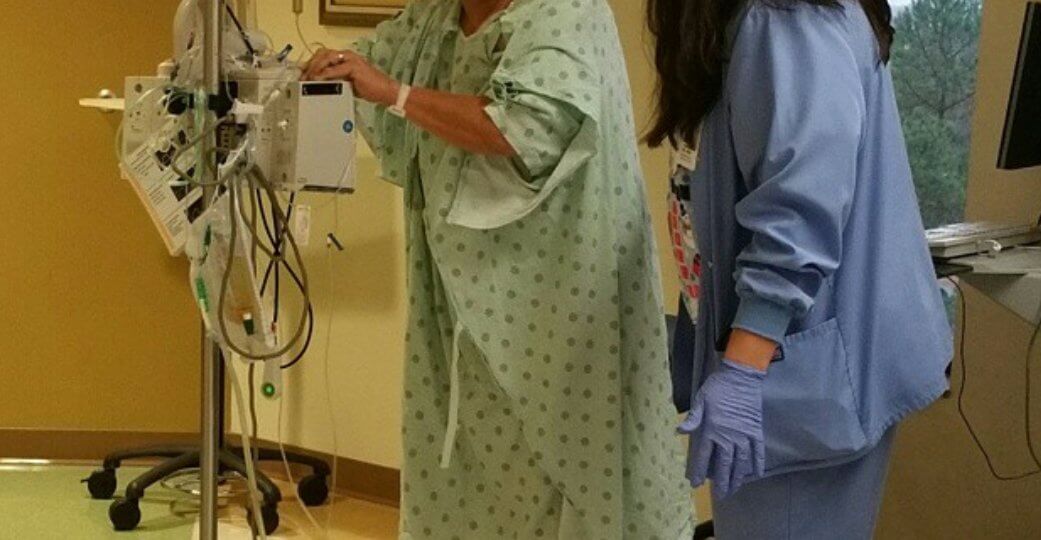 Dad here; this is non-Charlie related, but I humbly asked for and received her permission, so there. I am mortally embarrassed that I have a longtime friend in the hospital dealing the exact same procedure that I had to deal with after my motorcycle accident in 2014 BC (before Charlie).

I typed that in all caps as that’s how it registered in my brain the first time I dared sneak a peek under the covers, only to see Rollo the Plastic Remora peeking coyly back at me, securely stuck to my gut although looking a bit deflated. You see, they won’t send you home from the hospital until you start “producing”, so to speak, and as he and I had just been formerly introduced in the OR the day before, my intestines had not yet received the memo that a detour had been assigned on the roadmap to my bunghole, and went on strike to exhibit their displeasure.

Rollo must have extended an open invitation to all his relatives, as all his little plastic cousins seemed to have set up shop as well. Nora the NG tube snaked her way up my nose and down my gullet, and even I have my limits as to mentioning where the rest of the tubes and wires were inserted and implanted.

While I genuinely understand the need for nurses to make rounds every two or four hours to take vitals, etc, I would think by now, that with all the advances in modern medicine, that the various teams of data collectors would figured out by now how to coordinate their visits to hit at the same time, instead of every fifteen minutes, making it virtually impossible to get any sleep whatsoever; how’s THAT for a run-on sentence? It may even be some sort of record.

I was absolutely mis-er-a-ble; I itched like a madman from not being from not being able to move freely in the bed, and finally told the night-time Amazonian charge nurse that I was not a happy camper. Her response: “you haven’t had a bath yet? Oh, we gonna fix that right now!”

I immediately stopped itching; NOBODY gives Uncle Bret a bath, especially a total stranger at least double my size, so I declined with thanks. “Oh, you is shy? You gots to be getting over that!”, then she proceeded to snatch me out of that bed, stood me up, and before I could even think to protest, had me buck nekkid with my arms out to my sides, plastic tubes hanging everywhere like ornaments festooning an obscene (stumpy)Christmas tree.

She began sanding me down so vigourously that I was sure that she was actually removing layers of hide, using a sponge that to this day I swear had to manufactured out of cat’s tongue; she scrubbed parts of me that I don’t even scrub. Then she broke out a gallon jug of what appeared to be either horse liniment or Crisco, and proceeded to grease every square inch of me, missing not one nook or cranny.

And I didn’t care; she was so effective that by the time that she was finished, I felt like an actual human being again, albeit some sort of cyborg, with all the bolt on parts still being attached. I remember telling her “I’m a happily married man, but when I get all these tubes and hoses removed, you and I are going to Vegas”. When Jo Ann showed up at the hospital that morning, I had to make a full confessional as to what had transpired during the night, with the nurse present to verify the accuracy of my story. I have to admit that I was slightly insulted when mom didn’t fly into a rage that I had had such an intimate encounter, instead giving the nurse carte blanche to take me wherever I wanted to go, as long as she didn’t have to go along as well. As I have mentioned before, I am NOT a good patient.

This is when things began to get better, although the indignities seemed to increase. Walk the halls to get things “working” you say, pushing around what looks to be a transformer pole on wheels? While wearing what basically equates to a flimsy sheet secured by two microscopic strings, mincing along like a Japanese tea girl in skid-free socks?
What about the removal of the NG tube, which actually felt like an alien being was being dragged from my chest via my nose? I now understand how King Tut felt when they removed his brains via the same orifice, although he had a distinct advantage over me when he had his procedure performed: he was dead.

So to my friend in the hospital, don’t despair. This may seem all consuming right now, but I assure you that you will look back on it and laugh. And in honor of the auspicious occasion, and the fact that I have another friend reading this who I won’t mention, but will say her name rhymes with “tooth”, I might even be persuaded to go into the archives and dust off the infamous “poop on my feet” story and repost it here later today. Type yes or no in the comments, or better yet, a “share” is worth ten “yes’s”.