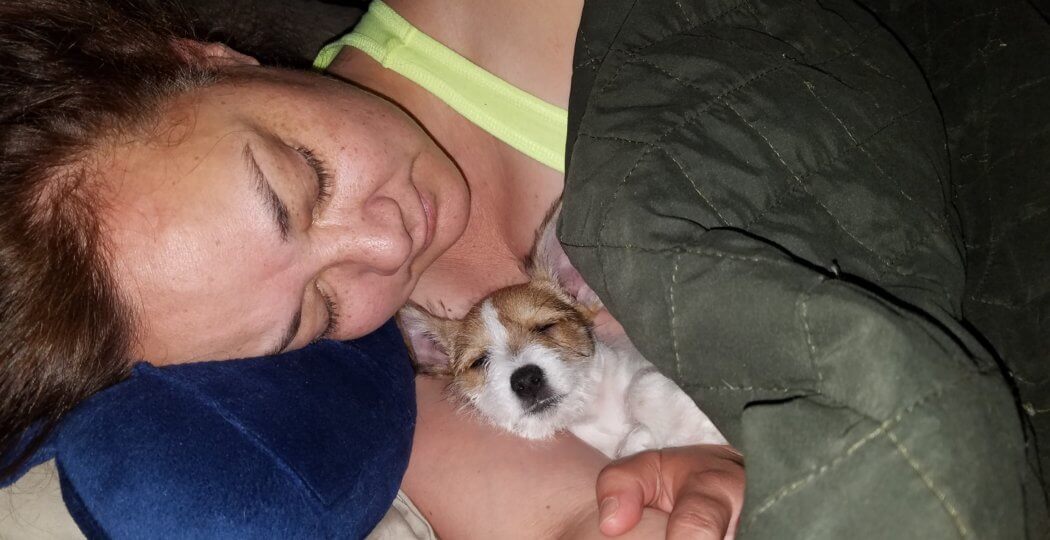 As usual, dad is sleeping like a contortionist as I am wedged on under his left side and Mia has staked her claim to her customary spot, which is wherever she prefers it to be and is most annoying. Although I would never admit to them personally, I still miss Max and Bultaco terribly, as they had the whole sleeping thing down to a fine art and were masters of making dad uncomfortable, Max behind his knees and Bull beside his head.

At precisely 0402, the silence was abruptly rent asunder with a horrible shrieking sound, an unholy mixture of fire alarm and the mating cry of the howler monkey coming from mom’s usually unmolested eastern acreage:

Ajax had peed the bed; who knew that it was even possible for such a little guy to contain a fluid volume roughly equal to that of Lake Erie? Mom is threatening to cap his hairy little weasel with a clothespin, although dad does not see the wisdom of this action; the pressures obviously involved would send the little urine factory flying around the room like a released balloon should the clamp ever suddenly come, well, unclamped.

Now it’s every man/dog for him/herself; dad and I beat a hasty retreat for the couch, and we’re not sure/don’t care where everyone else is spending the remainder of this beautiful morning.

I would love to go on, but dad is complaining about the light of the cellphone, so I’ll call it a night(again).