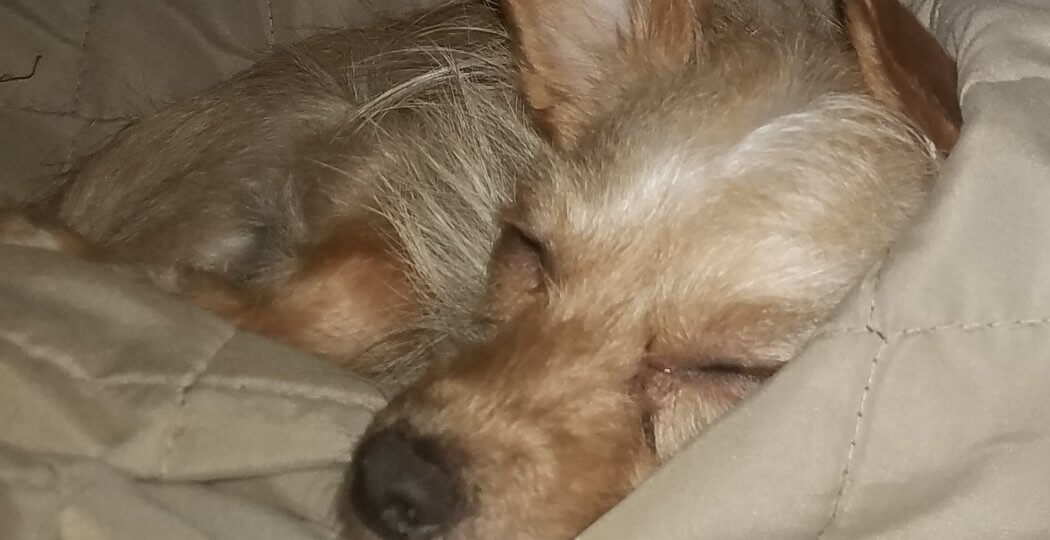 Dorothy Parker said that brevity is the soul of wit, but you might just want to grab a cup of coffee for this post, as I’ve got some splainin’ to do.

When a loss is suffered, whether a death of a loved one, a pet, a relationship, or even a parting of the ways with a job or religious institution, the natural instinct is to immediately withdraw from the pain as much as possible.

This was the case when we lost Angel, Max and Bultaco so close together. I knew I owed you all as much information as I could bear to share, but I would have much rather retreated into a cave of grief; what better place to lick your wounds than in the dark?

But life must go on, and I’ve got good news and bad news: Bad news is I’ll never be the same. I’ll never be whole. Ever. What was taken from us can’t be replaced, nor would we want it to be. Now the good news: as soon as we accept that, as soon as we let ourselves suffer, allow ourselves to grieve, we’ll be able to visit in our minds, and remember all the joy that we were given. If you shy from the pain of the situation, then you rob yourself of every memory; every one, good and bad, you’ll kill ’em all. So embrace the pain; it’s the only way to keep the real memories with you.

So even after the addition of Ajax and Sandy brought the head count at the Casa back to four, it still felt like something was missing. Sure, Charlie is my girl, and Mia and Ajax are mom’s, but when something’s not “right”, there is no explaining it. We’ve gotten used to things happening in extraordinary ways around the Casa, and somehow knew that the unexplainable void would eventually be filled.

Then last week, I was scrolling down through the comments and likes on the page,and discovered a bunch that I had not acknowledged. Little did I know that amongst those names was that of a lady I do business with on a daily basis but had never met face to face; when she saw my friend request, she recognized my name from the blog. Imagine my surprise when I received a phone call from what I knew to be Betsy’s work number, only to hear:

“Is this really Charlie Bravo’s dad?”

So it became a moral imperative that we meet; as it turns out, she’s friends with Theba Lolly of KTHV-11 and mother of Joey the Garden Cat. Theba was also the first reporter to pick up Charlie’s story and played a huge part in it going viral back when I was still recovering from the colostomy incident. Theba and I met by “accident” when she called me “randomly” to inform me that I was the 11th caller and had won a CD of the Grammy Awards.

Well, I had never called, and am definitely not a fan of most Grammy-type music, so I declined with thanks, but before the conversation was over, we were talking about Joey and Charlie, and it took off from there.

So when I met Betsy last week, I found out that she is the president of the Friends of the Animal Village, a fund raising organization for the Little Rock Animal Shelter. She was fully aware of the Max and Bull tragedies, and told me about a long haired Chihuahua, an owner-surrender named “Mexico”, that was having some issues at the shelter. She had me up against the car at “Mexico” and “chihuahua”, then she racheted the cuffs and threw away the key with:

“He really needs a hero”

I think she missed her calling when she became an accountant; she should have been a professional musician, as she sure played me like a fiddle.

I guess I’ll go check him out; nothing bad can come from just looking, right? Well, we all know how THAT usually works out; what I found was a severely emaciated dog that indeed needed a hero, so a 90.00 adoption fee later (90.00÷4#=$22.50 per pound of dog), I found a smug little varmint occupying Miss Ellie’s passenger seat enroute to the Casa del Whackos.

And Alex was right; as it turns out, dogs CAN smirk.

So here we are, once again holding a full house with a queen and four jokers, and the naming process begins, a process that is never taken lightly at the Casa del Whackos.

I am leaning heavily towards Marco Polo, the Traveler, but I also know that dogs have a annoying habit of naming themselves, so I will resign myself to my role as the driver of the chariot and continue to let the inmates run the asylum.