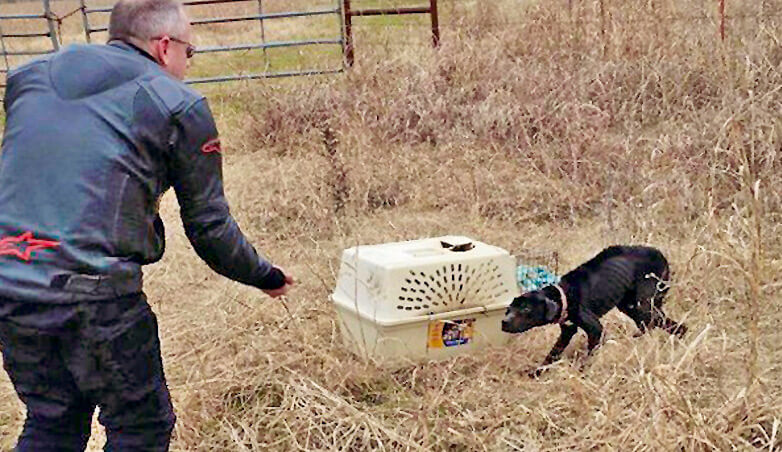 You were having a dream, and I don’t think it was a good one; what’s going on inside that thick head of yours?

Well, dad, even though I am now the Beneficent Monarch of the Casa del Whackos, my mind still goes back to the time in the crate, and even sometimes snippets of my former life come to me when I dream. I think I can empathize a bit when I hear veterans talk about PTSD episodes.

What comes to you in your dreams of your time before the crate, old girl?

Nothing definite, pops, mostly just images and scents; many litter mates then none at all, a little girl’s birthday party, a musty mobile-home, a threadbare front yard, a heavy, braying woman smelling of stale tobacco and Dollar Stores, but mostly mind crushing boredom. After the party, it seems that the new of my existence quickly wore off, and I was left to fend for myself, and like any child would, I became destructive, not out of meanness, but from the lack of any direction. As a result, I found myself spending more and more time in the crate, first for hours, then for days, deprived of the things that are of the greatest importance to a dog: social interaction, freedom of movement and food, in that order.

How long did this go on?

At first, just sporadically, as I think the woman initially had a shred of a conscience, but as time passed, my crate seemed to remind her more and more of her own failures, and it was easier to dispose of the symptom than to find a cure, and she decided to dispose of the evidence. Unfortunately, I was part of that evidence, so I was jettisoned as well.

“Jettisoned”? Unusual word for a dog; have you been watching Jeopardy again?

Well, that’s what it felt like; she pulled off of the side of the road, yanked open the door of the rattly old Corolla and slid my escape pod out of the back seat to land unceremoniously amidst the weeds. I’ll never forget the farting sound of that cheap exhaust retreating in the distance, no doubt being chased by the cries of her own dying conscience…

How long were you there?

Waddya think, I was wearing a watch? That I had a calendar? All I know is that it was long enough for my toenails to grow back into my pads, and enough days to fill the floor of the crate with my own crap, and the insides of the crate to rub my hide through to the bone, but you knew that; that’s how we found each other.

Yep, and it’s been a party around here ever since, but we both know that the message is still more important than the party: although we all have our own personal crates, we also have our own personal missions. We all matter, and our contributions, no matter how insignificant they may seem at the time, can have a HUGE impact on those around us.

And that’s the real dream, dad; to continue to spread the word, mass communicatin’ through this page or one encounter at a time from my Chauler(Charlie Hauler) on the back of the CB1100.

Now, can we quit talking? This girl needs to go outside to tinkle!