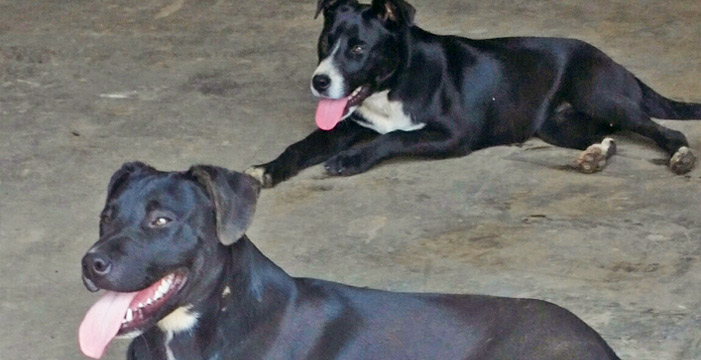 When we first found Charlie, we had the idea of forming a fund to cover the costs of her rehabilitation, with any excess funds going to help other dogs in distress; we were going to call donations to this fund “Charlie’s Angels. As it turned out, her recovery was shorter than expected, then towards the end of it I had my surgery, and as these things sometimes do, the whole idea just kind of died on the vine.

We’ve always been loathe to ask for any kind of financial aid until we have a direct target for such donations; the problem with this line of thinking as that when the situation does arise, it’s sometimes a day late and a dollar short. My hesitance to accept donations has been due to the fact that I feel Charlie’s story is so special that I’ve not wanted to risk sullying it in any way. Well, it turns out that I may have been wrong (don’t tell mom).

Well, again, the situation has arisen. As you’re aware, the industrial area out where we found Charlie is a prime dumping ground for unwanted dogs; through the sake of the calenders, I was introduced to a couple who manage a business out that way that patrol the area as well. They contacted me yesterday concerning a pair of dogs that had been abandoned on their lot, a brother and sister so similar to Charlie that if their not from the same bitch, well, I’ll eat my socks. While not as emaciated as CB, they are in bad shape, more along the lines of Stevie, vermin covered, malnourished, and someone evidently tried an amateur hack job on the females tail; who in their right mind docks the tail eight inches from the butt, or at all, as far as I’m concerned?

We need to get these goobers rehabbed and rehomed, but what is more pressing is that we need to get the girl spayed ASAP; as they appear to be approximately 7-8 months old, it’s evident that her biological clock is ticking and the last thing we need is a little incest action going on; I believe Hollywood has that market covered already.

If you feel the burden as we do, please link over to our donate page at: http://thecharliebravostory.com/donate/