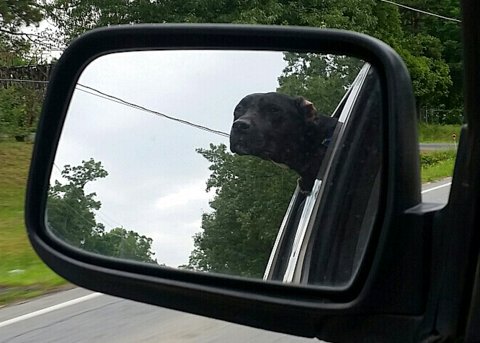 This is every wardens nightmare, the moment when all control is lost at the asylum. All video surveillance systems were disabled and no alarms were sounded as all the inmates glided wraith-like through the night to their predetermined positions.

They say that the darkest hour is just before dawn, and this is when I was rudely awakened to find myself the helpless victim of a vicious waterboarding session at the tongues of two relentless assailants; I knew that this was no ordinary interoggation, as no questions  were asked, the two taking a silent pride in their efficient but heartless task. It was obvious that they had no other motive than to break my will,  my muffled cries for mercy falling on floppy but deaf ears.

Then, orders were barked from an unseen source, and the second wave of torture began; sleep deprivation, followed by another waterboarding session,then bright lights, loud noises, claustrophobia, ad infintum; will it ever end? What do they want from me? What have I done to deserve such treatment? Were the car rides not long enough, the porcelain bowl not flushed properly?

Then, just when all hope seemed to be lost, relief arrives in the form of an Asian SWAT team(mom):

“It’s past six; you had better quit laying around with those dogs already and get ready for work!”

Alas, released from one type of bondage only to be hounded into another; will the torment ever end?