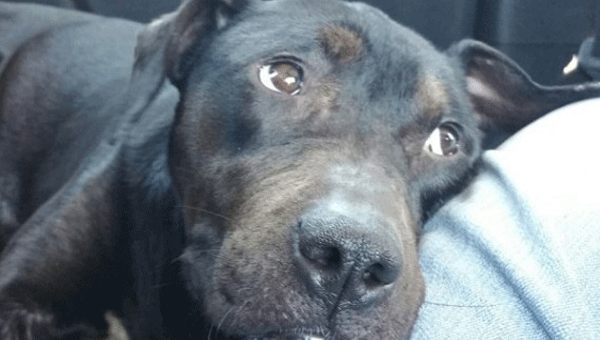 Dad here; It sounds like there is a new inmate at the Casa del Whackos; wait, wait, before everyone gets their knickers in a twist, let me explain.

Yesterday morning, Charlie was doing what Charlie does best, which is whatever Charlie wants to do at the particular instant. This time she was sprawled out on the bed, demanding that I, her indentured servant, scratch her brisket. She must have been a tad more relaxed than usual, as the most unusual sound began emanating from somewhere in the vicinity of the south end of a northbound Charlie.

It startled her as much as it did me, both of us looking at the other in stunned disbelief; what could possibly be making such as prolonged, high pitched, squeaking noise? Was it dangerous? Why would it not show itself? After a brief period of tension-filled silence, there it was again:

And that’s when it dawned on us; it was the clarion call of the elusive Barking Crack Spider.

So now all we have to do is catch it and convince mom to let us keep it.  In the meantime, she has already began raising some unwelcome questions: who will feed and clean up after it? How will we ever find a collar and leash that will fit? When and how do we spay or neuter, so we don’t have a whole nursery full of baby crack spiders filling the night with their tiny barks?

I am convinced we will eventually capture and tame the wee varmint, and the little guy will fit right right in with the rest of the misfits of the Casa del Whackos.

As you know, a “Chark” is a Charlie bark…

I shall name the new inmate… “Chart”.