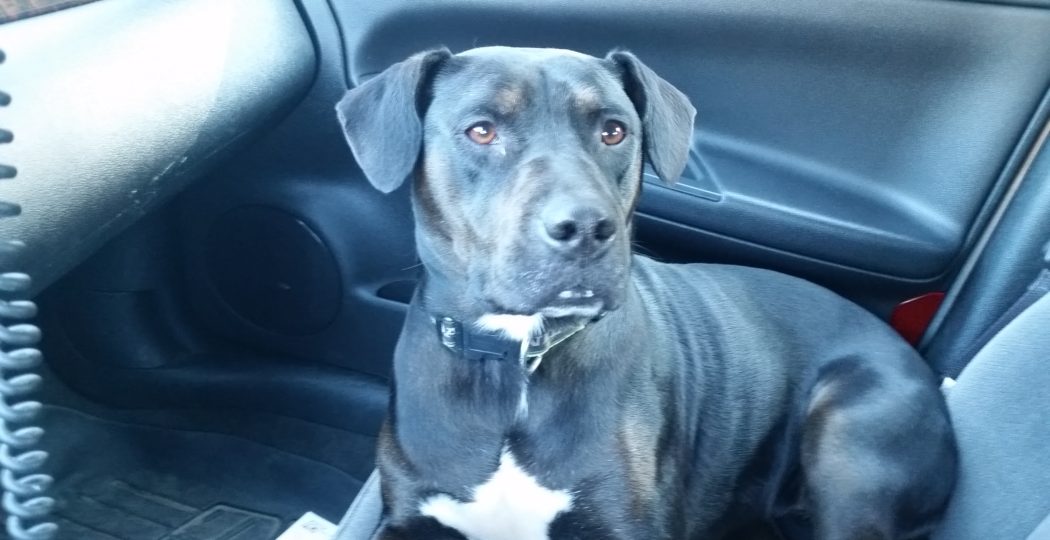 A follower of the page asked for an update on those that have passed through the Casa and onto bigger and better things; there have been so many BC (before Charlie) that I couldn’t begin to recount them all, so I will limit the updates to the inmates that are AD (after devastation).

Stevie: of course, everyone remembers Stevie; I discovered her in the heat of July last year, and it took me three weeks to finally gain the trust of the janky eyed girl. She was with us for only a short time before suddenly succumbing to what we can only surmise was a case of the bloat that escalated so quickly that her death and manner of passing caught us totally off guard. I’ve had scores of dogs over the years, but Stevie is still in class by herself; RIP, you goofy girl.

Dash Riprock: Dash was left tied to my trashcan in a pouring rainstorm when he couldn’t have been six weeks old; woth mom’s nurturing, the little goober recovered quickly to become the de facto ruler of the Casa. He was way too special to attempt to place with just anyone, and when we found what we thought was a perfect match in Arizona, Zach and I didn’t hesitate to make the trip; as we were leaving Little Rock, the adopter crawfished on us. We made the trip anyway on the gut feeling that something would present itself, and present itself it did, when Michael Steele saw the story and didn’t hesitate, driving from California to Raton, NM in a time that I will not recount here, at least until the statute of limitations expires. Dash is now living it large in Orange County as Takoda Steele; give him a follow on his own Facebook page.

The there was Beau; I found Beau in the same desolate area as Charlie and Stevie, tangled up in a choke chain. After a short rehab period in which he managed to scale Mia’s fence with intent to commit carnal relations, we found him a home out west of town, where he roams free today.

The result of that sordid romance was one pup which we named Katana, after Kat, who discovered that Mia was going into labor; we had no idea that she was even expecting. Katana is now ruling the roost at a friend’s Casa under the pseudonym “Foxy”.Since coming out of Charlie’s formidable shadow, she has developed an awesome personality, perhaps a little too awesome, as she is an absolute live wire.

Brenda was the rottie that was found in a ditch after being struck by a vehicle; I got her to the Pulaski County Humane Society, where it was discovered that she had her pelvis shattered. Surgery was performed, and the last I heard she was walking with assistance; I asked to repeatedly to see her through this process, was denied, then asked for updates or pictures to post on Charlie’s page, nothing forthcoming either. As a result of this callousness and some other circumstances, I have focused any fund raising and awareness efforts towards the Saline County Humane Society, and look forward to expanding this in the future.

Then after a short respite from the action, four dogs were found is rapid succession, all within just a few miles of Charlie’s spot. Two of them were so similar to Charlie in appearance that I’m sure that they were siblings from a later litter, and the other two were dumped on the side of a remote road with only a half a bag of cheap dog food left as what I can only assume was conscious balm. Your donations were sufficient enough to take care of all four dogs spay, neuter, and adoption fees and it is my understanding that all four have been adopted out and transported to homes up north.

Now what? We heard yesterday that almost 50 emaciated dogs were rescued from one house in a county just to the south of the Casa. As we’re leaving for Colorado early tomorrow, I’ll not be able to get fully involved until we return, but I plan on calling from the road tomorrow to offer Charlie’s help.

The purpose of this page is primarily to spread good news,but sometimes it becomes necessary to stop talking and start doing. The need is so urgent that it often overwhelms those of us that have the best of intentions; we can’t fix every problem, but we can work to alleviate the situations that are placed in our paths.

Tomorrow we ride to the west; stay tuned!