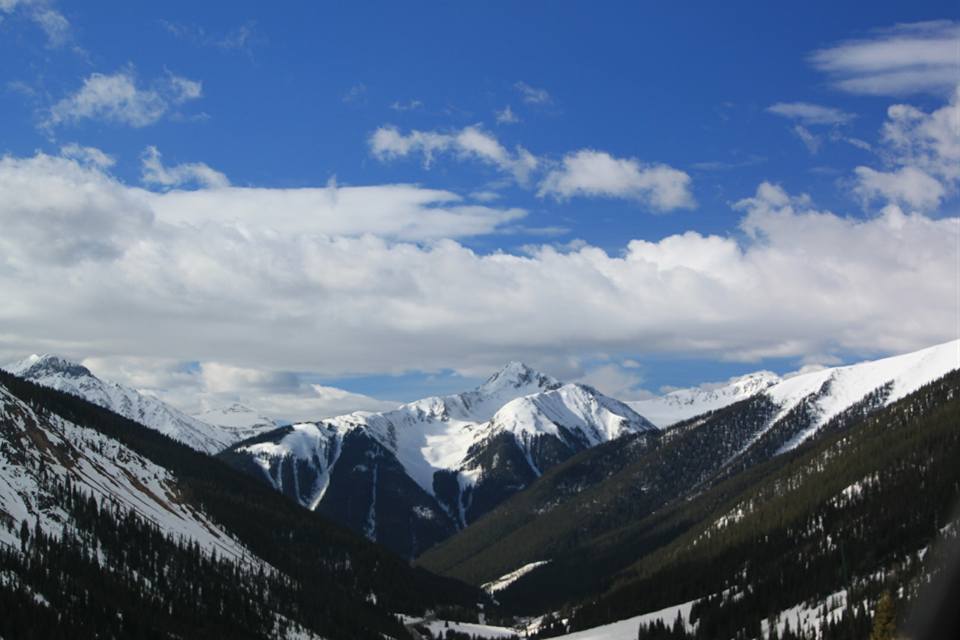 Dad here; peace reigns supreme in the predawn hours at the Casa, but such wasn’t the case just minutes ago. Have you ever seen the movie “Alien”, when the crab-like creature wraps itself around its victims face like a mask? Well, that’s how Marco decides to wake me up every morning. After cuddling peacefully with mom all night, he wakes up with an overwhelming desire to launch himself onto my face, making my alarm clock consist of gnashing teeth and snarling halitosis.
Of course, this gets the other dogs riled up, but as soon as the maelstrom reaches a fever pitch, they all collapse back into slumber, littering the bed like so many victims of unopened parachute accidents, and leave me wide awake when I would rather be dreaming of clear horizons.

Alfred Hitchcock was once asked to define happiness, and that was his answer:
“A clear horizon — nothing to worry about on your plate, only things that are creative and not destructive… I can’t bear quarreling, I can’t bear feelings between people — I think hatred is wasted energy, and it’s all non-productive. I know we’re only human, we do go in for these various emotions, call them negative emotions, but when all these are removed and you can look forward and the road is clear ahead, and now you’re going to create something — I think that’s as happy as I’ll ever want to be.”

Of course, you know Charlie’s response to reading this the first time, and to be honest, mine as well; it’s all about the travel. As a matter fact, she never made it farther than the “vast horizons” phrase and she was off on one of her tangents about the next trip, when we’re we going, how far, etc, etc.

But the line that hit me was “and now the road is clear, and you’re going to create something.” Not necessarily go somewhere, although around here, that’s always a distinct possibility, and for no discernable reason whatsoever, but to create something. Then it dawned on me; at this stage in my life, I can’t think of many things that make me happier than creating this blog. If we are traveling, its always with an eye to describing the experiences we encounter. Some can’t be described, (at least until the statute of limitations expires), but they all add spice to the gumbo.

Confinement, rather it be physical, mental, or spiritual, self imposed or enforced by others, is the ultimate definition of hell, as in confinement, you can’t visualize that clear horizon.

And without a vision, the people perish

What you can’t visualize, you can’t create, whether a work of art, the perfect curve on a motorcycle, a particular piece of music, or a release from a restrictive lifestyle; you first have to see yourself as successful.

A quick example; we often go on motorcycle trips with riders of varying experience levels. I have found that a rider that starts at the back of the pack tends to stay there, and even worse, his skill levels tend to diminish as the day progresses and he falls farther and farther from the pack. But if he/she is ever given the opportunity to feel success, to lead instead of follow, even if for just a bit, his riding smooths out and his skills and confidence seem to magically grow. Then when it once again becomes his turn to follow, he does it willingly, because he was given the chance to visualize the open road before him, and its all about the vision. Or as stated concerning dog sledding across Alaska:

Unless you’re the lead dog, the view never changes.

I think often of Charlie’s time in the crate, and as horrible as it was, it was no more or less disgusting as the crates we place ourselves in daily. Not just because they prevent us from helping ourselves, but more importantly, they impede us from helping others.

“These crates that would bind and restrict our view,
Tomorrow to fresh woods, and pastures new!”