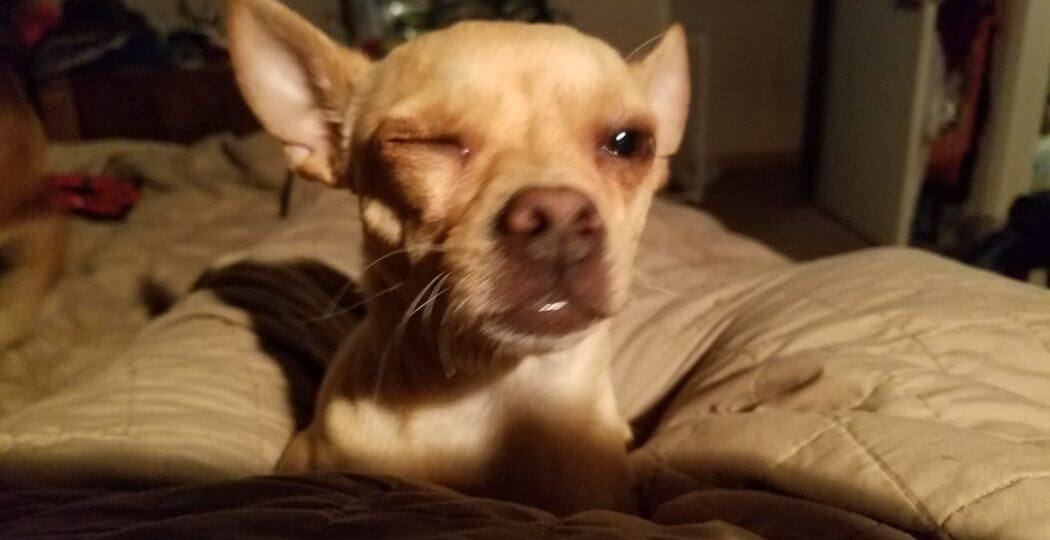 A full moon casts a long shadow, that of a lone figure with an impressive set of ears, as he stealthily makes his way towards the mighty Rio Grande. His nombre is El Zurdo, The Lefty, a moniker not taken but earned in a cantina brawl along the dry Chihuahuan desert; the other participants in the fracas earned no such names in the encounter.

El Zurdo is on a mission to transport the fruit of of his family’s farm, his destination is the dispensaries located far north in the mythical land of Colorado. That such a diminutive figure can not only carry but conceal such an aromatic load is a testament to both the brawn and brains of the sinewy canine.

His contact had apprised him of a secret tunnel that would travel under the Wall being constructed along the border, but even this approach carried it’s own set of dangers. This gateway was owned and mantained by a rival family who contracted their security services to the dreadful Los Gatos, a shadowy cadre of depraved reprobates so evil that even the Kardashian Klan gave them wide berth.

The entrance to the tunnel was concealed deep in the midst of the Gatos stronghold, the Litterbox del Muerto: Zurdo picked his way through the sandy minefield, the ammonia-like stench causing his hackles to bristle and the bile to rise in his throat. The darkness of the passageway drew him inexorably onward, and with one last longing thought of a special senorita back in Juarez, he plunged into its inky depths.

The tunnel began to constrict as it vanished into the rocky depths, and it occurred to El Zurdo that every foot that he descendedid equated to many more metric tons of unstable rock suspended above his head. The clarion bells of claustrophobia had began to clatter in his cranium when he sensed a new danger in the darkness ahead, an unseen prescence so reprehensible that it could only be worthy of one fate:

Violent death at the paws of Los Crippled One!

He stealthily approached the unseen foe, coiling himself into the killing machine who’s name struck icy fear into the hearts of those who would do evil and adoration in those that would do good, and then he pounced. His razor-like incisors lanced through the torpid flesh of his mortal foe, and a horrible shriek filled the fetid air of the darkness…

Uh, Bull? That’s the covers you’re under, not some sort of cave; and if you don’t mind, could you ease up a bit on my hand? I’ve grown accustomed to having two of them…

Go back to sleep, Bull…