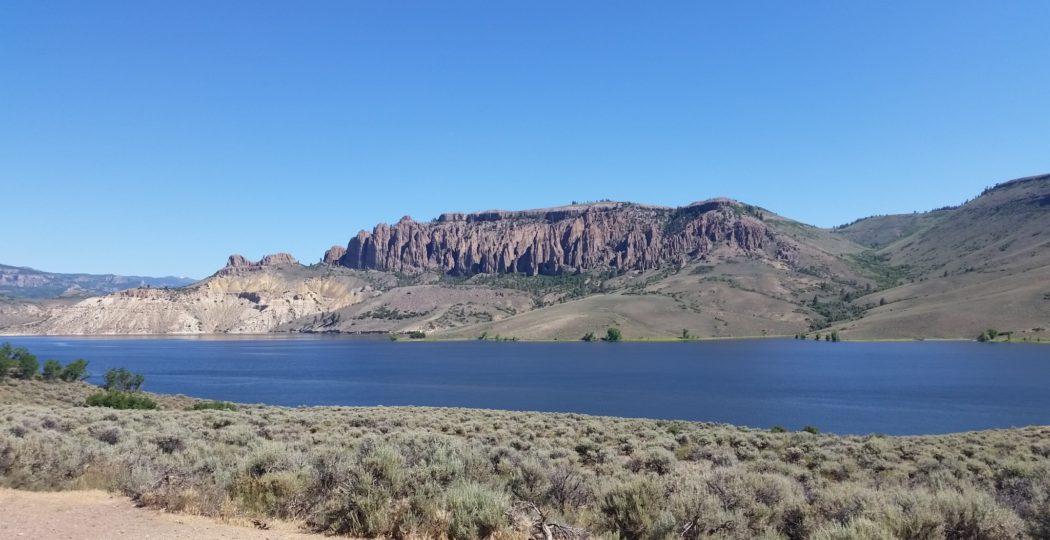 The only thing currently saving our retinas are the distant snowcapped mountain range running intercept as we journey towards the blazing rays of the setting sun. The sage scented wind is whipping through Miss Ellie’s open windows, causing Charlie’s silky ears to flop and pop like bullwhips in the breeze. Three weeks on the road have left dad considerably more scruffy but infinitely more relaxed as, with one foot on the dash and the other on the accelerator. He keeps us moving forward across the countryside like a quartet of modern day Johnny Appleseeds, but instead of sowing seeds in the soil, Charlie’s continuing her mission of planting ideas and encouragement on the internet.

How did we get to the point financially that we can now follow the dusty track of those pioneers that have blazed the trail before us? Was it book sales? Corporate sponsorship? Or did dad sell on eBay one of every fleshly organ that he has two of? Hey, I’m a dog, and the procurement of filthy lucre means nothing to me; what does matter is that it has been successful to the point that I now have dad all to myself as we meander around the country.

Well, there’s also Charlie, that hairy black fly in the ointment sprawled out in the back of the Subaru, but thankfully she’s snoozing, pooped from today’s adventures, so here we are.

Dad had the chance to score a newer, more efficient vehicle for our trekking but chose to instead stick with the star of the MTV era, Miss Ellie, as our own Roscinonte; so now we go rumbling across the landscape at a considerably more relaxed pace. Mom’s initial apprehension about the roadworthiness of the old girl has been replaced by a genuine appreciation of her unique charms(Ellie’s, not mom’s; well, actually both of them, I guess), and she now occasionaly joins us for protracted sections of the open road.

But mainly it’s just us, meandering, talking, writing, connecting, the rythym of the road acting as a drug that doesn’t dull the senses but instead snaps everything into vivid focus; the sting of the north wind, the vague scent of a roadkill skunk thankfully somewhere off in the distance, the smell of chile rellenos roasting in the baskets, the taste of creek water so frigid it makes your front teeth throb, the sight of the sun cresting the…

are you kidding me? Time to get up already? I must be at the Casa, as I poke me head from beneath the covers to find that Charlie has dad pushed to the edge of the bed as usual, leaving mom unmolested on her own private acreage far to the east. So this was just a crazy dream?

Or was it a vision of how it could be, a peek at the possibilities, if you will?

We always dream big at the Casa del Whackos;