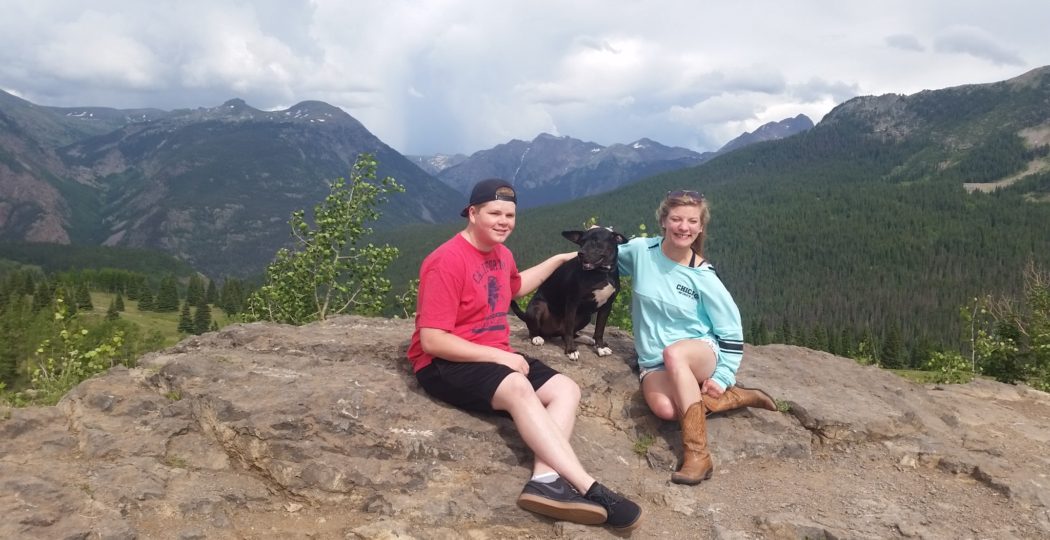 Worried about Hillary? Worried about Trump? How about the fact that we live in a world that can’t provide any better candidates than there two cases of electile dysfunction? Worried about your job? Your health? Your offspring? Are your nights, and especially your early mornings, plagued by an endless parade of “what if” thoughts goose stepping endlessly through your mind?

There IS better way, the Charlie Bravo way. Some would consider my lack of concern for certain things that I cannot effect to be a sign of hopelesness and resignation, a defeatist mentality if you will, but if you think I don’t care, just take note of how I set my jaws when I encounter a situation I CAN effect. It may be as simple a task as convincing dad to take me to the mountains; when I determine that I have been successful, then all other concerns vanish. It doesn’t matter what contortions Clyde and Mia enact in an attempt to distract me, as I remain fixed on the task at hand: not letting dad out of my laser like sight until we’re up and rolling on another adventure; only then do I resume my obnoxious, self centered ways.

How much of the important things in life are you humans missing by allowing those who consider themselves your masters to control you by distraction? Sagging pants? Refusing to stand? What someone is wearing to some event? Who’s in the playoffs? Ebola, Zika, the price of oil toon high, then too low, etc, etc? Which of these matters a whit in the master plan of how we treat out fellow man?

I’m not saying be unaware, I’m just advising that you care, not about the situation and people you can’t affect, but by those that you can.

After reading the story of my incarceration in the crate, many have commented that all mankind is evil; I disagree, as that thinking can only result in one of two actions: A, seperation, or B, aggression. When we hike, dad always looks on the far side of a log before stepping over it, as a  snake could be resting in the shade; he’s been doing this for years and has never seen a snake, but still does it just the same. But at the same time, the possibility of the prescence of the snakes cannot deter us from going “out there” in the first place, life is a risky business, but that risk can be managed, and then again, maybe not. Sometimes you just have to let go and roll with it, or in my case, roll in it.

Get up. Get out there. Don’t be afraid to pick up those smells.

Not on some type of adrenaline fueled Red Bull type of activity, that’s not what this is all about, but a life spent in service to others can be just as exciting and dangerous as executing that perfect triple backflip on a Mt Dew commercial.

See you on the trail,