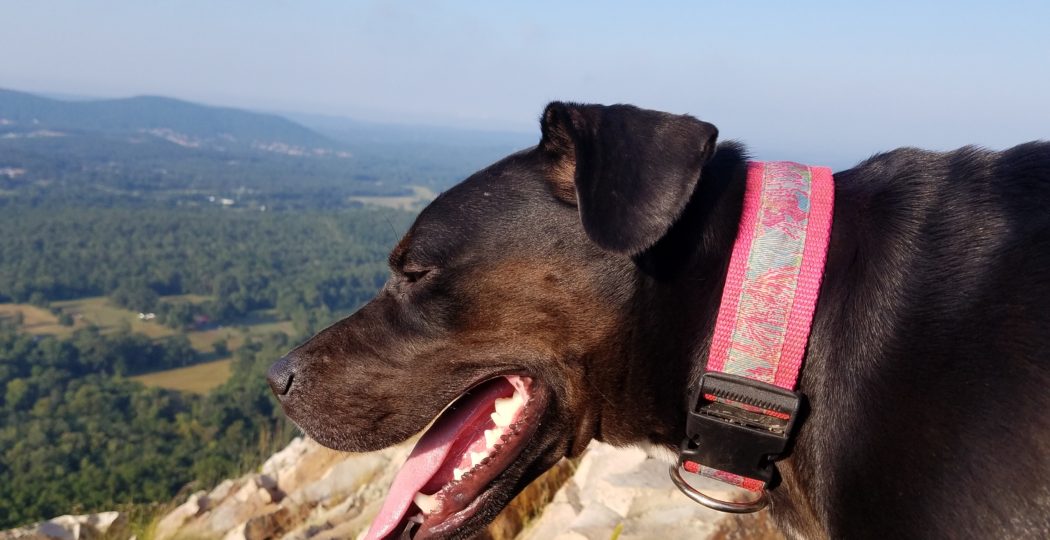 Approximately 0300 hours this morning, mom arose, purportedly to let Mia and I do our “bidness”, but we somehow we instead found ourselves incarcerated in the north wing of the Casa del Whackos, i.e. the dog yard. This will NOT do: I have been waaaaay too diligent for waaaaay too long on my fight to establish my territory on the bed to allow a setback like this to occur, so I did what I had to do.

From the trumpets of Joshua used to jolt Jericho to the air raid sirens of Great Britain announcing another long night of bombardment, loud noises have been employed to express alarm and call for assistance, and my voice is no different. I began my verbal assault beginning with a few preemptory salvos consisting of yips and whines directed towards the walls of the Casa which escalated quickly into a full barrage of barks, howls, and ultimately, the nuclear option, the MOAB, the Mother of all Bombs if you will, known to military historians the world over as:

Dad had no choice but to immediately capitulate and humble himself by enacting the dreaded Walk of Barefoot pre-dawn Shame across the dewy wasteland to offer terms of abject surrender, which I graciously accepted. Let it be noted that the instigator of these hostilities (mom) was not in attendance at this ceremony, an issue to be addressed at a later date.

So here I am, once again firmly established in my rightful place on the bed; as set forth in the details of the peace accord, mom has been exiled to the territory of the couch and dad is back in his allotted space at the edge of the world, clutching the edge of the bed with his butt cheeks in a effort to not plunge into the abyss. Max E. Million has used the recent hostilities as an opportunity to increase his own empire, but as discretion is the better part of valor, I have decided to be magnanimous and let things stay as they are for the time being. Besides, that pocket-sized dictator has been known to posess some serious firepower in those hirsute little jaws of his, and I prefer my shiny black hide to continue on in the manner it currently exists:

So beyond its obvious use as a weapon of mass destruction, what is the purpose of “The Chark?” It can serve as a reminder that, as I did, we all tend to exist in some form of a crate and only by helping others leave theirs can we hope to escape ours. It can also act as a call to action, a reminder that just because you can’t fix it all doesn’t mean that you refuse to fix anything; get involved, as there IS life outside of the TV set. It can also provide a wall of sound, drowning out the flood of negativity and bad news created by those that would have you believe that you don’t matter and your actions don’t make a difference.

If a scabby, scaly, starving dog incarcerated in a crate can become an elemental force of nature, just imagine what you can do, right here, right now, with the arsenal of talent you currently have in your possession.