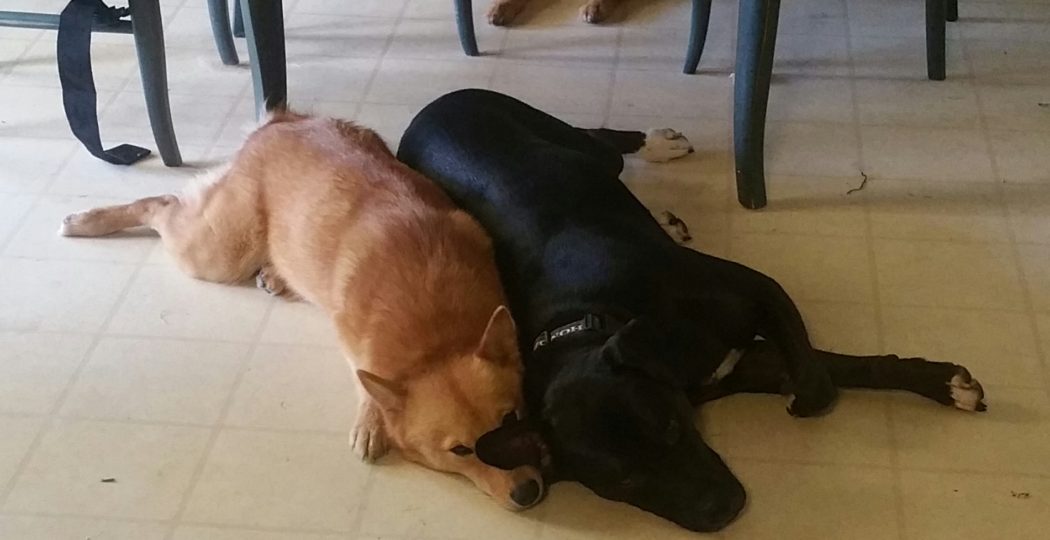 Predawn at the Casa; it’s going to be another scorcher, as the heat and stupidity are already on the rise and the sun hasn’t even began to clear the horizon. Dad, Max and I have relocated to the couch as waking mom at this hour carries repercussions that I don’t even want to consider.

My story seems to travel in cycles, with periods of relative calm followed by spikes of frenetic activity; during one of these spikes, you can tell the newcomers, as there will invariably be statements consigning my previous captors to the lowest pits of hell.

Most that have followed my antics since the beginning know that I’m a pretty forgiving dog, never focusing on the neglect and abuse from my former life. Dad? Not so much; he spent many hours scouring the area where my crate was left in an effort to find the perpetrators. Although some good did come of it,as we were able to rescue Stevie, Beau, the twins, etc, overall his time could have been spent much more wisely in moving forward.

“He/she who angers you, controls you”; life is too short to let the ignorant or even downright evil to steal our potential blessings. Another question that is routinely asked is “do you ever wonder if the people who left you ever realize how far you have progressed?”

Again, to waste even one iota of angst and emotion on what someone else might or might not regret is a total waste of my time, and to be honest, yours as well. Whether an errant spouse, an ungrateful child, an abusive parent, a corrupt partner, nothing is worth letting another confine you into any form of a crate; though a crate can be constructed of many different materials, one of the most common is one that we all use to construct our own:

I have been given a second chance at life, and fear and regret is not how I choose to live it, so I choose instead to forgive, not just others but myself as well; there is a time to stand and a time to kneel, and it’s my time to stand.