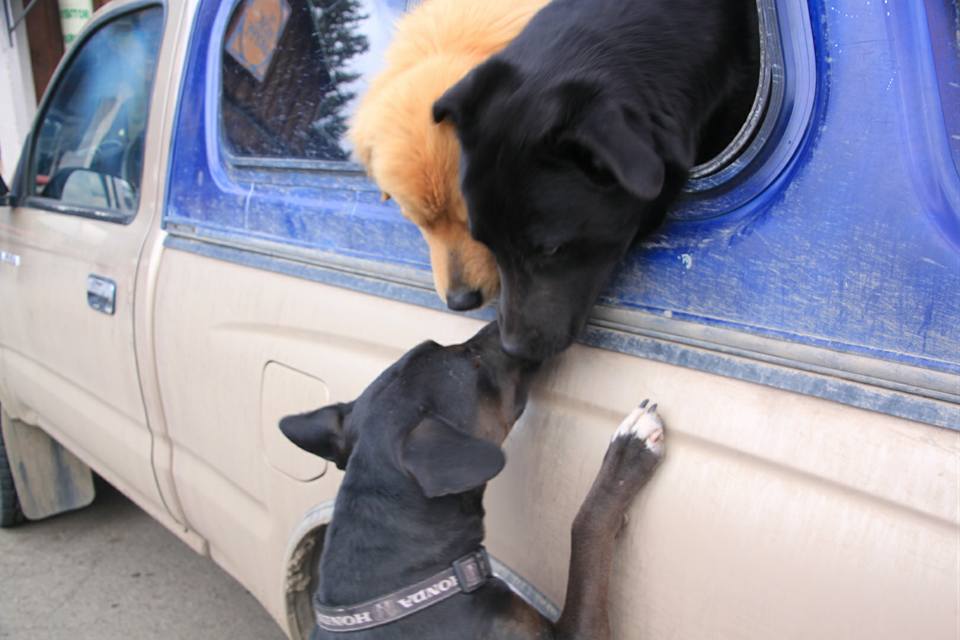 Some have wondered why I have spent so little time commenting on the presidential circus, er, primaries; this page is about sharing the GOOD news, not commenting on the bitchiness, big hair and bad pantsuits of one of the candidates.

And I’m not talking about Hillary, or Bernie either for that matter, although both of those pontificating windbags could use a major dose of humility as well.

It’s slightly depressing that it would appear that these three goobers are the best our country has to offer, although I refuse to believe it; any one of the followers of this page would make a better leader of our nation. I would even throw my collar into the ring except that I’ve not ready to step down from my lofty perch as Queen of the Casa to assume the diminished position of the Presidency.

I do admit that it would have it’s perks; of course, every Friday would be decreed as Charlie Bravo Day, my Secret Service bodyguards would be required to listen to Stevie Ray Vaughn and Johnny Cash through their earpieces, and the carpet in the Oval Office would be replaced with a deep shag so that foreign dignitaries could join me in a good scoot.

All sensitive diplomatic meetings would be preceded by a ritual of my choosing, and I’m not talking about the Hindlick Manuever, although that is one to which  I’m partial, as well as being very effective in politics.

No, I’m talking about ear rubbing.

Ear rubbing as a way to open a dialogue  is vastly under rated; Belly rubbing? It’s ok. Back scratching? Meh. But the ears? That’s what I’m talking about; I think all negotiations should be started with the participants rubbing each others ears, most problems would be solved before the issues hit the table.

I would pay big money to see Obama and Putin give each others lobes a good tug; money could be raised for charity and ultimately Ukraine would be left alone. Of course, Putin might be getting the short end of that deal, as Obama has him thoroughly whipped in the Dumbo department;  a more worthy adversary might be Prince Charles, but then the ear ceremony might go too long due the the square footage being covered and the networks would have to cut away to some delusional talking head explaining the historical significance, social ramifications,  blah, blah, blah…

on second thought, it’s actually a silly idea, and lacks merit. I hereby decree that only I be considered in all future ear rubbings, and Max can have the chest massage and butt scratchings; now THAT’S a compromise I can accept.