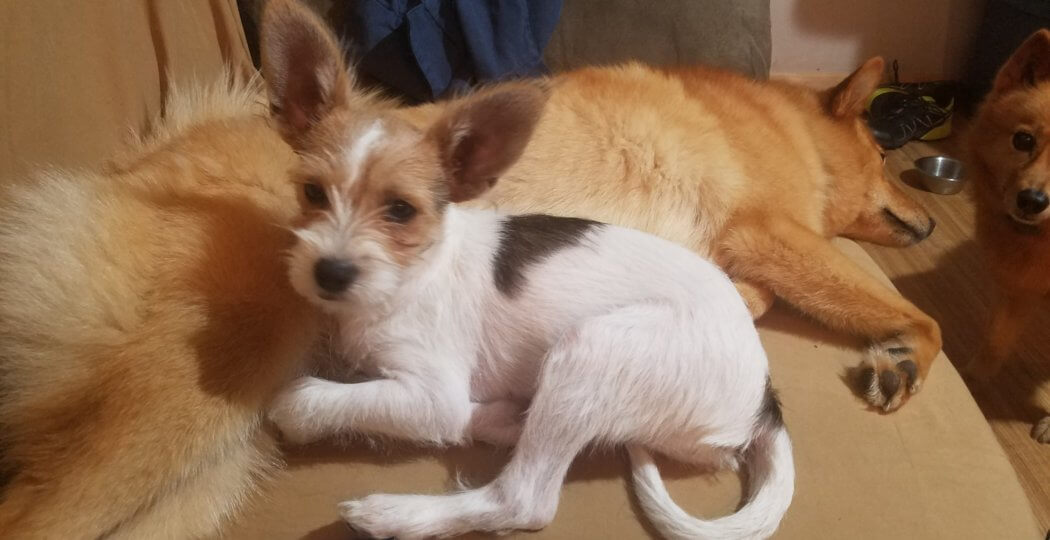 Another uneventful Charlie Bravo Day dawns bright and early at the Casa del Whackos, except this sunrise finds dad and I banished to the spare twin bed in Zach’s old room. It seems that Ajax is an exceptionally vivid dreamer, and evidently had an episode last night where he was proudly claiming property rights to anything in his vicinity by marking his territory, if you know what I’m saying. Unfortunatly, dad’s physique resembling that of a fire hydrant caused him to be the target of of Ajax’s fixation, and the poor guy awoke to find himself being baptized by a sprinkling quickly approaching one of total immersion.

It wad NOT a joyous conversion; as dad levitated from beneath the covers and Ajax himself was immediately granted the gift of flight, resembling a small hairy Icarus soaring towards the sun, only to find himself, upon landing, facing an extended sentence in solitary confinement. Mom, using her panther-like reflexes, quickly laid claim to the territory of the couch with Mia and Marco, and here we are.

We inmates absolutely LOVE toilet time at the Casa, whether it’s our own at 0400, or better yet, dad’s, just whenever. The “clunk” of the toilet seat announces to all the dogs that we now have a captive audience, and here we come, stampeding in droves like a bunch of Black Friday shoppers amped up on pumpkin spice latte and greed.

I usually start the assault by bulldozing the phone(or whatever else dad has in his hand) aside in a demand for immediate, undivided attention. This results in dad’s voice raising at least two octaves, his gruff demands to be left alone sounding less like that of an irritated dwarf than of a Vienesse choir boy. Of course no one takes him seriously, and his requests for solitude only pour fuel on the fire, as we then know we have him exactly where we want him. We are convinced that Mia has some anteater buried somewhere back in her ancestry, as she has an uncanny ability to apply her whuffling, needle-like nose and darting tounge with alarming precision.

Being the smallest of the inmates, Ajax and Marco have discovered that, behind the toilet is an amazing little tunnel that must be explored again and again. This results in an insane game of “ring around the the rosies” with dad’s position on the throne being the center of the ring. The game increases in speed and intensity until soon the scene begins to resemble a solar phenomena, with Dad being Saturn and the two smaller dogs transforming into the snarling, hairy outer rings.

Then this morning the unthinkable happened; the whirling dervishes achieved such a feverish pace that the they actually wore completely through the tile, eventually cutting a perfect circle down through the sub-flooring that caused caused dad and the toilet to crash through to the bottom floor, leaving him in a pile of dust and rubble with his pants around his ankles.

Actually, that last part isn’t exactly true, as dad isn’t high-falutin’ enough to afford a two story house, and the Casa is built humbly on a slab. What is true is that the dogs have actually worn a groove 12″ wide and 8″ deep directly into the concrete, effectively forming a moat of sorts, albeit without a drawbridge. This is actually not a bad thing, as should the toilet ever spring a leak, we now have a bit of of unintended flood insurance, although it does also have it’s downsides as well; the resulting chasm makes navigation of the bathroom difficult if someone doesn’t want to cut the light on.

Just pause and consider that bit of information the next time you feel like complaining about the toilet seat being left up or down, according to your proclivities and/or anatomy.

It’s all just a matter of perspective.