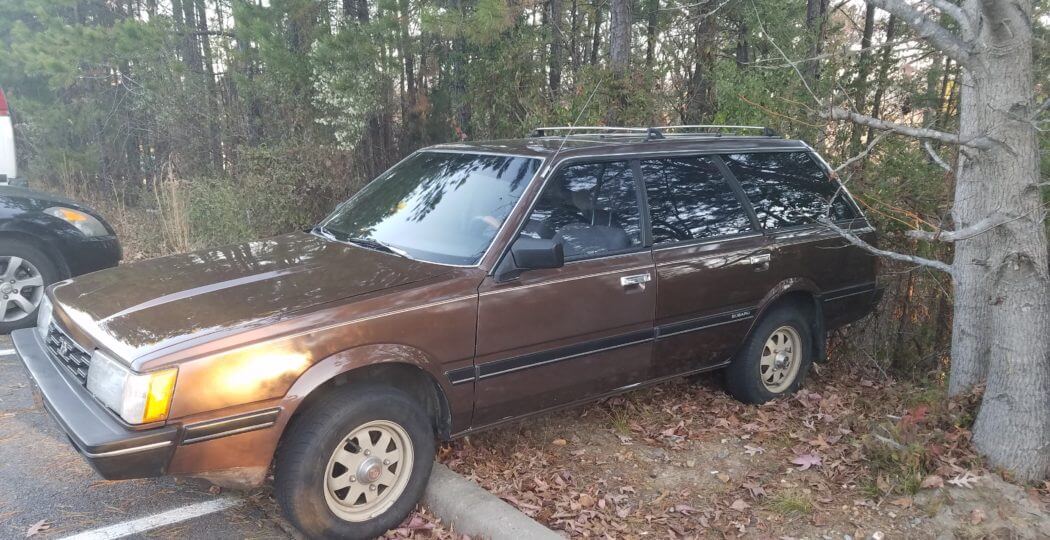 The Chinese have a curse, “may you live in interesting times”; and the last half of  2016 at the Casa has surely been “interesting”, much like a train wreck is “interesting”.

From the beginning, the mission of this page has been to be a non-saccharine refuge from the barrage of negativism on social media. But as with the stories of  Stevie’s passing, the colostomy saga, the layoff, etc, I have to consider the fact that, as extended family, you deserve to hear the sometimes not-so-pretty backstory, as uncomfortable as it is for me to tell it.

Since the layoff in September, there have been so many minor setbacks pile up at the Casa that you could spin a sitcom out of the situation; car problems, house problems,  plumbing problems, then more car problems, etc, etc. Fix one? Two more pop up. And are these “normal” problems, with easily definable solutions? Are you kidding? This IS the Casa, where weirdness abounds. The latest example:

Miss Ellie is an awesome old car, but she is an old car, with all the accompanying idiosyncrasies that come with age. Mom likes running through the gears of the five speed so she drove thevSubie to work at the hospital earlier this week.  When she tried to drive home that night, the cantankerous old biddy refused to budge(Miss Ellie, not mom). I was called in to possibly administer first aid; I tried various methods of persuasion, tapping on the calipers, rocking the car back and forth, even giving the car a stern but knowledgeable stare, but nothing would convince the old girl to move.  I have since learned that older Subarus have a “hill holder” feature that prevents the car from rolling backwards at a stoplight, and Ellie’s had a developed a chronic case of “cableus snapitis”, causing  the brakes to lock up.

Not knowing this at the time,  I had no choice but to leave  her in the middle of the deserted parking lot to be dealt with in the light of the next morning, when there were LOTS of passers-by to witness my latest humiliation.

The next day, I dropped off mom at work and trudged up the hill to do what must be done, but Miss Ellie was nowhere to be found. Had she tired of life with Charlie and decided to make a break for freedom? Had she been stolen? Who would steal a 30 year old Subaru, and how much would insurance pay? Had hospital security seen her sitting overnight and had her towed? So many unanswered questions. I was in the process of calling security when I spied Ellie’s nose poking sheepishly out of the trees at the edge of the lot: evidently the frozen parking brake problem had somehow miraculously resolved itself during the night, and she had rolled backwards down the hill.

An object in motion tends to remain in motion until acted upon by an outside force, in this case probably a physician’s expensive Mercedes, but there was no such Mercedes. There was a curb, a curb separating the parking lot from a very steep hill, a curb that Miss Ellie had decided to jump with her back wheels.  With some scrubby pine trees being the only obstacle stopping her from ending up on the interstate far below, this was not going to end well for anyone concerned.

But her front wheels didn’t clear the curb, and that’s how I found her this morning, hanging by her elbows like “yo, dad! where have YOU been all night?”

Embarrassing? You have no idea. Miraculous? Equally so. But sometimes you have no choice but to laugh and go on. I have to ask myself:  As bad as things may seem at times, would I trade my current  situation at the Casa for the soul sucking life before the layoff, with the security of a company car, vacation, paycheck, etc?

Not on your life.

I have no idea where this road is going, but I do know that  we’re in for one hell of a good ride. Traveling without adversity is just touring, and I can’t wait to see where journey takes us.

Who wants to ride shotgun?

Tomorrow: how Miss Ellie redeemed herself and saved Christmas.