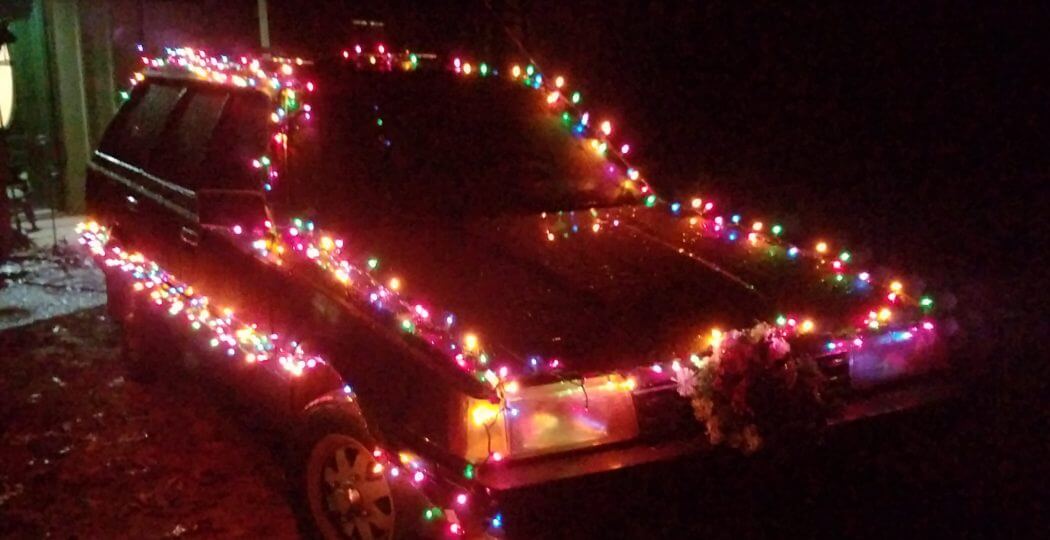 Twas the night before Christmas at the Casa del Whackos
Deb, Kathy, and Sandy had sent boxes of snackos
the goodies were stashed well out of harm’s way
So ungnawed on ’til Christmas is how they would stay.

Mom was preparing a late midnight snack
For the arrival of Lola, Tara, and Zach
Alex and Echo, from the trip a bit queasy
Presided  all over by the Spirit of Stevie

As bedtime approached, the dogs threw a din
Demanding to be let out, and then let back in
When hope appeared lost, to get them to bed
They collapsed where they stood, to sleep like the dead

Then,  up on the bed there arose such a scuffle
Dad’s covers are gone, he has nought but dust ruffle
And superhero PJ’s to cover his legs
a passel of inmates hogging the rest of the bed.
Yo, Maxwell, hey, Mia, show old dad some lovins
If Charlie won’t scoot over, there’s gonna be shovins!

Then out in the garage there arose such a clatter
Santa’s sleigh threw a rod, extended warranty don’t matter
If he’s going to finish his deliveries tonight
He’ll need a new mode of transport, maybe even dad’s bike.

But wait, before you go, at least think this through!
The unanswered question is the old Subaru!
Miss Ellie’s an old girl, was never a cutie
She’s slow but she’s steady,  she’ll haul plenty  of booty!

So Santa, if you must,  if this option is last
I request that you at least chip in for the  gas
it’s not my intention to be such a grouch
Get your own milk and cookies; and wait on the couch.

Dad took the old car instead of the sleigh
Loaded with presents and one stowaway
Charlie saw no need to ask for permission
Couldn’t pass such a chance to take such a mission.

Together they traced a path through the skies
On the ultimate road trip to deliver surprise
And high above the Casa was heard a faint bark
Merry Christmas to all, and to all a Good Chark!