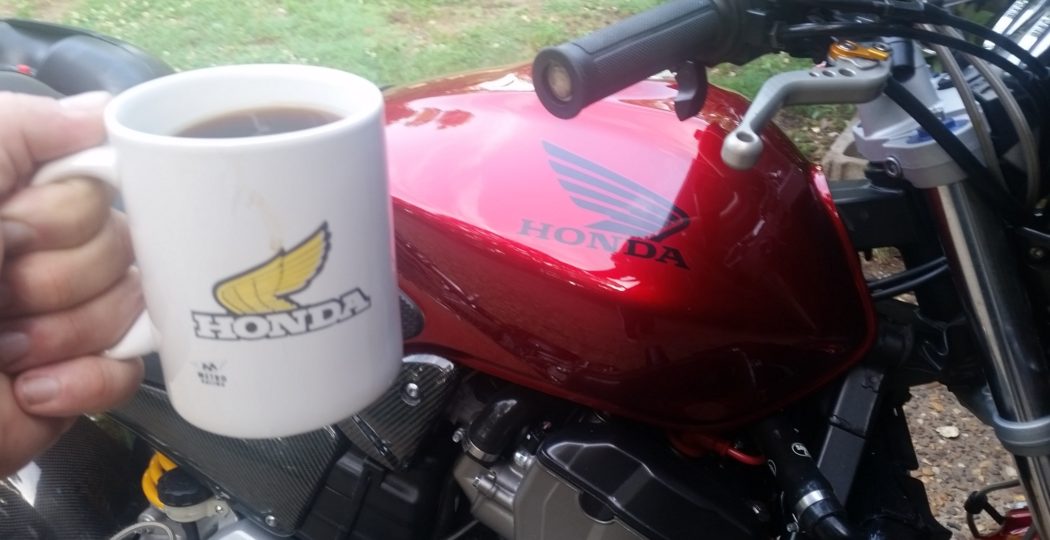 YAAAAAY!!! Dad’s back! Kat says I just mope around the house while he’s gone; while I neither confirm nor deny, I will admit it’s not the same when he’s gone, as I have no one to do my bidding.

The first priority is to fulfill my nightly face licking obligations, and since he was gone last night, duty decrees that I do double duty tonight. He thinks that it’s just a sign of affection, but what he doesn’t realize is that this is my way of discovering where he’s been and even what he’s been feeling when we’re apart; so thorough is my licking that I can discern the dust from southern Oklahoma, mothballs from a seedy hotel, a buffalo burger, elation, weariness, etc, nothing is hidden from the Charles!

This is how I can write of his adventures even when we’re apart, though he knows I do a much better job when I participate first paw, the difference between VHS and Blue Ray; tape gets the message across, but hi Def paints a more defined picture.

So why did he go all the way across Arkansas and Oklahoma in the heat of June?

For those who care nothing of motorcycles, feel free to fast forward, but motorcycles play a huge role in my story. Dad has always had a huge infatuation for 70-80’s era motorcycles, particularly the older Honda CB; they’re not the trendiest, sleekest, and definitely not the most advanced, but they “talk” to him, not unlike me or even Miss Ellie.

When dad and Zach found me in the crate, they were riding a pair of dad’s Hondas, a 1989 CB1 and a CB500X, so it was only natural that I would name myself Charlie Bravo. Then he traded the CB1 for a Moto Guzzi, as the Italian bike would make a better sidecar rig for me, and THAT didn’t work out too well, so then he later traded for the Honda ST1300.

Rigging a crate for me on the ST worked very well, with us doing 200 miles on our maiden voyage, but still wasn’t “right”; after all, my name is Charlie Bravo, not Stephen Tyler, so secretly, the search continued (don’t tell mom). After months of scanning Craigslist, he finally found the Holy Grail of CB’s, a hulking beast of a bike in the form of a CB900F, or 919, south of Elk City, waaaay over in Oklahoma. As this is en route to Colorado, the initial plan was to load all of our gear on the ST, make the swap in Altus, then keep rolling west towards the Rockies, but life is what happens when your making other plans. We were leaving out a key part of the story: If we were to omit her from this trip, she would probably sull up and never talk to us again. Dad was considering all this when he took a detour from the interstate to strafe some back roads through the Ozarks, making a stop at the iconic Oark Cafe. Oark is home to the oldest restaurant/general store in Arkansas, and rightly revered by cross country motorcyclists as the Mother Church of cheeseburgers and buttermilk pie; theRe is no better. It was here that dad was being dad and met a couple who were celebrating their 22nd anniversary, and were cruising around on a big Harley they had just bought on impulse; definitely dad’s kind of people. On top of that, the man’s name was Race, the woman’s was Summer, and what am absolutely classy couple they were.

In the course of conversation, the dilemma of the Subaru vs the 919 surfaced, and Race said “a Subaru GL? Are you kidding me? We had one of those when I was a kid, and it went everywhere! Just don’t get in a hurry!”

Sometimes we’re put in situations to give someone else the word, but other times the words are for us;

The road is calling, to Colorado
Lean it on over, no need to slow…