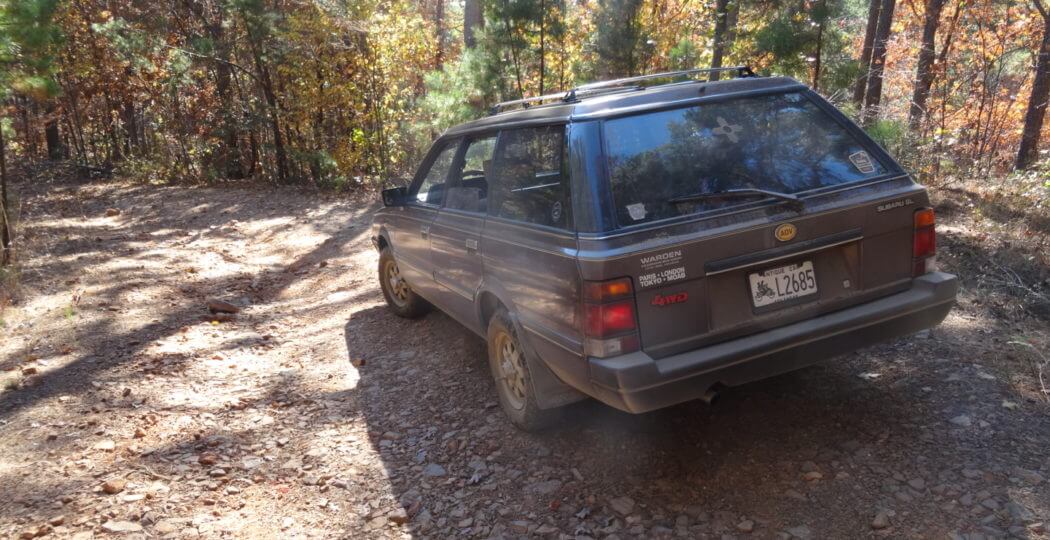 Miss Ellie here; most of you know the story of my previous life, a life spent in relative luxury. Pops protected me from the sun, personally changed my oil every three thousand miles, and generally treated me like a queen for the with regular spa days. I had every intention of spending my whole life with him, but life is what happens when you’re making other plans, and our time together came to an abrupt end when, after thirty years, he passed away.

What next, I wondered? Where would I find someone that would care for me the way that Pops did? Certainly not the parade of tweakers and tuners that whizzed up and down the road where I was displayed for sale; it was quite obvious that they had no idea how to properly treat a lady of my age and breeding.

Then here comes Charlie and dad; it was obvious that they saw something in me, a potential of which even I wasn’t aware, and I entered my second life as the Bravomobile, or the Chariot of Chark if you will. It’s been months of work since then, and we’ve taken a few extended jaunts, but nothing prepared me for yesterday.

We loaded up and headed west; nothing new with that, as thats the direction we always seem to take. The pavement gave way to gravel at the base of the Quachita National Forest, still not an issue, been there done that, but then dad took a hard right turn.

Chinquapin Mountain? Are you kidding me? That’s some serious terrain, with deep ruts, steep climbs, and rocky drop-offs designed specifically to snap spindly suspensions. Doesn’t he realize that I’m rolling on 13″ tires? And I’m putting out less horsepower than a average motorcycle? And has he never heard the term “osteoporosis”? Old bones get brittle and tend to develop hairline fractures; surely this is NOT a good idea.

Well, not only did I survive, but I Thrived; it turns out that finesse succeeds where raw power may fail. I quickly learned the benefit of slowing and sometimes even stopping that I could properly pick my line through the upcoming tricky sections; no need to bash through the boulders when you can tip toe through the tulips.

We rolled back into the Casa completely covered with dust and dog hair, Charlie sprawled out on the back, no, in the front, well, wherever Charlie chooses to sprawl; you know how she rolls. I began thinking: life with pops was grand, but that was then and this is now. Was the exquisite care I was shown back then preparing me for the more vigorous life it was now apparent I would be leading? I don’t have the answers, but it’s obvious that my life isn’t over, it’s just beginning.

What’s next? I’very heard tell of a recently discovered little jaunt called the New Mexico Backcountry Discovery Route, or NMBDR for short, and that’s the only short thing about it. It starts at the Mexican border and snakes north 1100 miles across the mountains and deserts until descending into southern Colorado. Who would think that a creaky old girl like me would have any business even considering such a thing? But if you quit dreaming, you quit moving, and if you quit moving, you start rusting, and rust never sleeps.

See you on the trail.