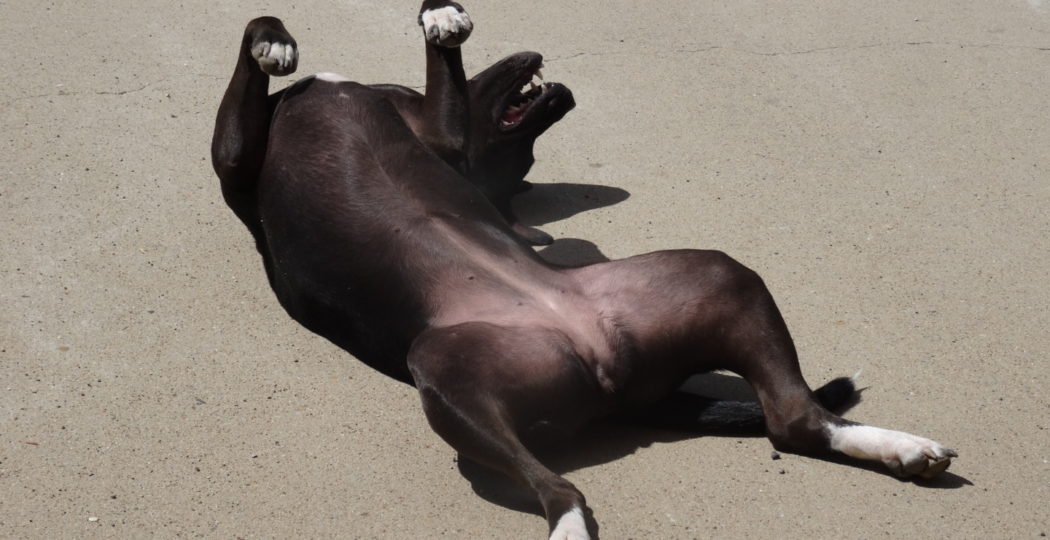 Dad here; I once had a couple of friends, brothers actually, who had an exceptionally hard-headed beagle named Reggie. He was supposed to be some sort of super focused hunting dog from a long line of champions, hence the pompous pedigreed full name of Reginald MacDuff, followed by some important looking Roman numerals.

Much to the dismay of my friend’s father, who happened to be the hunting and fishing editor of the Catholic newspaper, the hunting gene didn’t just leapfrog Reginald, it vaulted ovèr him like a flea on steroids. I can’t remember Reggie ever doing anything other than exactly what Reggie wanted to do, exactly when Reggie wanted to do it. This usually involved him hanging out in the den with the rest of us reprobates, watching Monty Python and MTV, back in the day when the “M” stood for “music”, not “morons”.

Then Reggie, doing what Reggie did, went and got himself hit by a car.

This was a devastating blow, one that would have killed many a less stubborn dog; I can’t remember the exact extent of his injuries, but I do seem to remember a broken back. But sooner than later, Reggie was dragging his seemingly useless legs around until he was eventually walking as if nothing had happened. The only lasting effect that I can recall is that he never regained control of his bowels, but would casually poop as he sauntered across his domain, as if he couldn’t be bothered to stop for such trivial matters.

I’m firmly convinced that he made a full recovery and there was nothing physically wrong with him; he just relished the opportunity to poop completely on his own terms. And to be totally honest, isn’t this what living is really all about?

Reggie has been gone for many years now, but his name lives on. Whenever we encounter a dog that is so engrossed in only what they want, ambling through life to an inner dialogue that makes sense only to them, we christen that dog as one of the clan “MacDuff”.

I was riding my bike down at the river tonight, and encountered a couple walking their Pyrenees mix named “Jack”. I could immediately tell that Jack was a MacDuff; petting meant nothing to him at that moment, as it wasn’t his idea; there were too many interesting smells to be investigated.

The owners(yeah, right) of Jack didn’t think very highly of his intelligence, saying that he had little if any interest in fetching, sitting, etc, all the things the “good” dogs are supposed to do to get accepted into polite society.

I explained the consequences of being associated with a true Macduff, and the lady asked, “how are we supposed to entertain him?”, as if any action concocted by a mere human could compete with the deep but random thoughts bouncing around like pinballs contained only by that insanely thick skull.

I honestly think that she got her feelings a bit hurt, but that’s often the byproduct of having a goofy, pig-headed dog; I wanted to tell her, “lady, it’s not that you’re not interesting, it’s just that he’s not interested…” until he is, but it’s always his/her call.

It’s been a while since we had a true MacDuff at the Casa del Whackos; probably the last was Sparky, the product of an illicit relationship between a dachshund and a spitz. Charlie has a good bit of MacDuff in her, but she is too fixated on me to be considered a purebred McD; the same was true of Stevie, and now of Claire Bear.

But sooner or later, another goofy dog will just show up at the Casa, sporting the telltale sign of MacDuffs the world over, the tongue lolling from the side of the mouth as if it’s just too much trouble to keep it between the canines where it belongs, and the saga will begin anew.