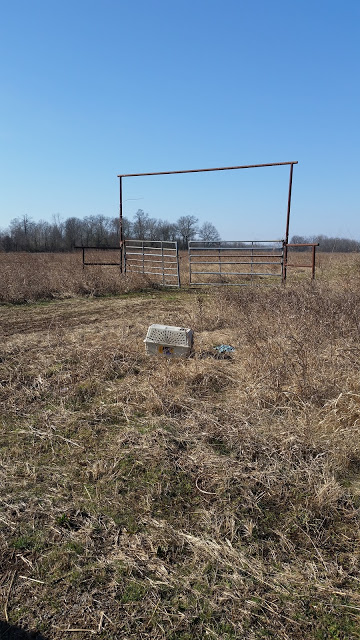 Dad here; two years ago today, I had the honor of meeting many of you for the very first time. We had recently found Charlie, but her story had yet to really take hold. I was scheduled for surgery to reverse the colostomy when a freak snowstorm blew through Little Rock, effectively shutting down the hospital and postponing the resection until the following week.

I was NOT pleased.

Playing in the snow has always been a huge event at the Casa, and this instance was no different. The only snow Charlie had ever experienced was from behind the bars of the crate, and she absolutely lost her mind, flouncing, rolling, charking, charging around the yard with reckless abandon.

Little did I realize that this particular time would be the last to find both kids still living at home; my main concern was getting that plastic leech off of my gut.

During trips inside to warm up, I began to notice a miraculous occurrence; Charlie’s Facebook page began to go viral, with over ten thousand “liking” the page in one twenty-four hour period. Messages began to flood in from all over the globe, first a wave from South America, then a tidal surge from Italy, and on and on, so many texts in so many languages that I had to take a crash course in Google Translate just to keep up.

All things happen for a reason; I often wonder how different this story would have turned out had I been undergoing the scheduled surgery at the time Charlie’s story exploded. As is often the case, the very delay that I so hated was the exact thing that I needed.

Now the growth of the story has settled down a bit, but like a bed of hot coals, always ready to spring back to life.

Since that initial explosion, many have looked at the story and offered suggestions as to how we could profit financially from the story, but nothing had ever seemed “right”; let it never be said that I profitted from Charlie’s suffering. Besides, the rollercoaster events of the last two years has been payment enough: finding and losing Stevie; losing a job, finding a job; losing a company car, gaining two cars; finding a puppy tied to my trash can, finding a brother in California to take the little varmint in. Multiple road trips out west “just because” this is what Charlie lives for, and what keeps her story alive. Losing a traveling companion, but gaining a daughter in law, and on and on; for every action there is an equal and opposite reaction.

So what is my destiny? I am expressly grateful for the new position, and plan to work it to the best of my ability, but at the same time, I know there is something else “out there”. Mom and I watched “Hacksaw Ridge” last night, and one thing hit me hard: every time Desmond Doss would bring another wounded man out of the battle, his prayer would be “dear Lord, just one more”.

Just one more. Whether it be a deserted animal or a deserted town, a lost person or a lost cause, this should be our calling; we can’t save them all, but we can save some.