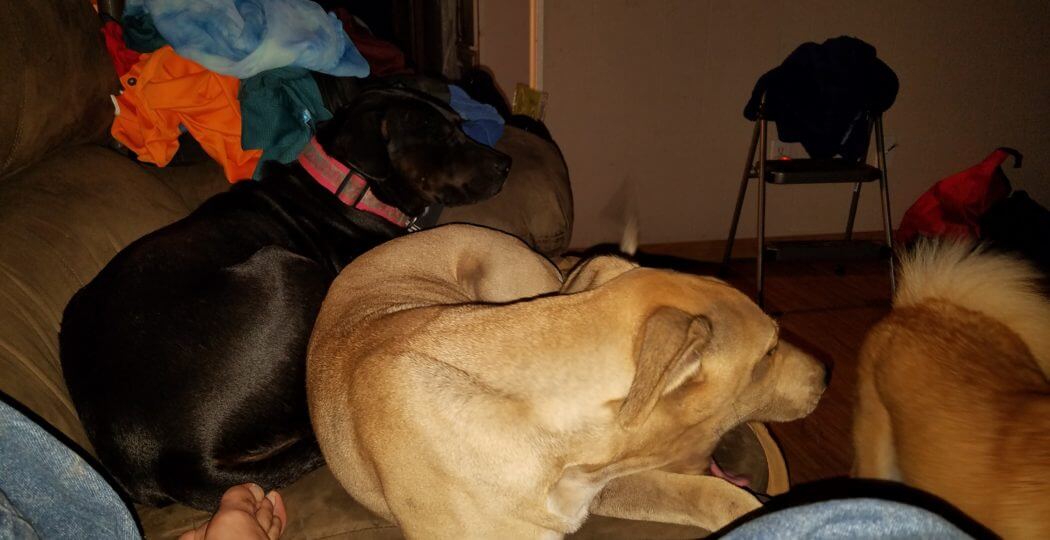 In an effort to create a little personal space, dad has migrated from the bed to the couch: as if he can escape the inevitable! Now he has the whole clan piled onto a much smaller area, but nobody ever said he was smart.

But there is a new ingredient added to this canine stewpot; mom didn’t push the front door completely closed when she left, and now a barely perceptible,slow, creaking sound is evident as someone or something sloooowly gains entry. Then the sound of stealthy footsteps approaching the couch, dad’s vision obscured by a certain black mass of dog sprawled across his head. What could it be? One of those bozos dressed up as clowns that FB seems so intent on telling us about? Then the being begins to creeeeep onto the couch, inch by inch closer to dad’s jugular, and, yes, it is a clown after all.

Clyde is an outside dog, but decided to scope out the wonders that obviously exist on the interior of the Casa del Whackos: Charlie Bravo Day just seemed like the right time to make the first incursion.