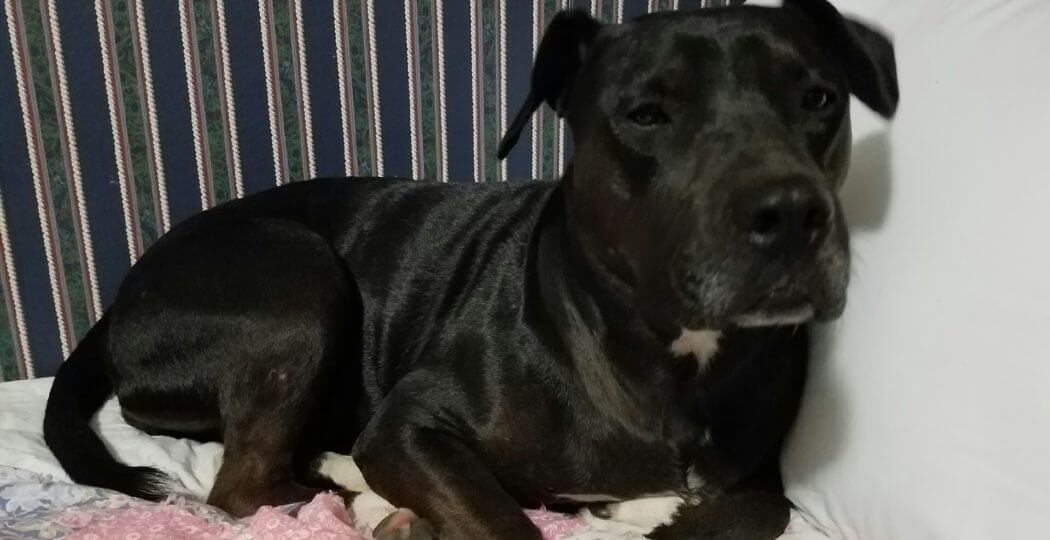 Dad and I have never liked spending much time dwelling on my condition when I exited the crate; it seems that there is more than enough negative garbage being spewed by the media without any help from us. Instead, it has been our mission from the beginning to spread good news, because at the end of the day, there is no bad news, just varying degrees of good news, based totally on our perception.

But sometimes you have to remember where you’ve been to appreciate where you are, and, more importantly, where you’re going. Dad had to take a trip last weekend without me (for which he will pay, I assure you, as I am the Dark Mistress of Guilt), so I took up residence in Kat’s futon for the night. At my request, she took the above picture and sent it to dad(the first phase of the guilt attack!).

In times of stress, it seems I always revert to my previous habit of preparing to sleep by first curling my feet under me, conforming myself perfectly to fit the confines of the crate. As I relax, I then spread slowly across the bed like a hairy black octopus, or more appropriately, a encroaching lava flow engulfing everything in my path.

It’s important to note that this doesn’t happen when I’m feeling cocky and rambunctious, the vast majority of the time, but only during those dark episodes when I find myself lost in doubt. It’s then that I have to remind myself of what no longer confines me, of what I have been delivered from, and before you know it, I hear “the sound” that let’s me know that all is again right with the world.

What is “The Sound”? For me, it’s the bark of the bike as it pulls back into the driveway of the Casa. For dad, it’s the CHARK of the Lonesome Charlie, like the mournful wail of a distant lighthouse directing the ship to safe harbor.

Your sound is no doubt different, but I assure you that you have one, a clarion reminder of good times in the past and a forecaster of better times in the future. Regardless of how bleak things may seem, nothing is as bad as worrying about it; your own miracle will arrive on due season, but until then, strive to be someone else’s. At the least, it helps pass the time, and at the best, you are fulfilling your ministry.

Yo, dad! You got the coffee ready yet? We gots to GO!