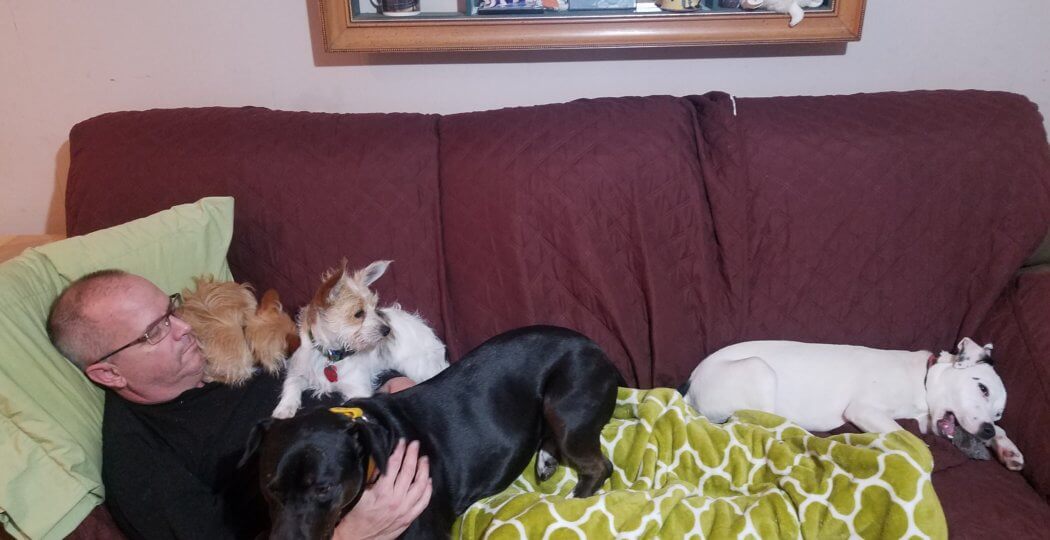 Dad here; life since Charlie Bravo has been a rollercoaster, albeit one without the benefit of safety belts to give a sense of security, or rails to give the car a sense of direction. In that case, I guess that it’s been like life in general for everyone else on the planet, except exponentially sped up by the catalyst of a sleek black force of nature that gave it some direction.

Before we go any further, I assure you that all is well at the Casa, and this is not a build up to a tragedy, so you can exhale now.

Initially, the purpose of this page was to provide an alternative to the plethora of negative news of social media. Then Charlie began to find her voice and her message, and a direction seemed to begin to materialise, and things really began to rock and roll. Gary became heavily involved, and through his expert guidance, the blog took shape, and it began to look like we actually knew what we were doing.

As there are no bad times, just varying degrees of good according to how we perceive them, it’s those times that often force us to change our direction. In this case, it was the totally unexpected death of Stevie and the almost surreal manner in which she passed, which forced me to face a dilemma: do I keep the page light hearted as originally intended, or do I go full disclosure? I am NOT a touchy feely guy, and putting this type of thing out there was so far outside my comfort zone it might as well have been in Mongolia, but I decided that you are family, and family deserves full disclosure.

The response was so great that a new direction was found, and full disclosure became the name of the game,(much to the dismay of some) with the colostomy stories, the passing of Bull and Max, etc, sharing space with Charlie’s tales of adventure out west on the back of the bike. Pleasant or gritty, it’s all pieces of the same jigsaw puzzle of life, just sometimes you have to start by finding the pieces with the straight edges to at least give it some semblance of order.

There are no straight edges at the Casa.

Then, following the immutable laws of nature, time moved on and the kids moved out, making the Casa del Whackos feel for a time like the Casa no Whackos, and this prompted another change in direction. Not necessarily better or worse, but definitely different.

Just like your children’s problems never cease from being your own, regardless of their age, neither do your parents, and the last few months have been a steady grind, not entirely unlike a cancer. With cancer, it’s not the initial diagnosis that gets to you as much as the Chinese water torture of bad news that never seems to stop, the chemo, radiation, surgery, reconstruction, more chemo, hair loss, etc, that never seems to end until one day it does, and you look back years later and it’s like it happened to someone else.

But, for better or worse, it changes you; fortunately, it’s usually for the better, as if nothing else, it teaches empathy, and that, for good or bad, this too shall pass.

But the grind of negativity can also damage your creativity. I’m a huge fan of Gary Larson, the writer of the “Far Side”. I remember reading that he would take frequent safaris to the Serengeti to get fresh ideas and recharge his mojo, which is why Charlie and I will sneak off somewhere every chance we get. Recently, the constant negativity has vastly outweighed the safaris, even the imaginary ones conjured up in Charlie’s mind, and it has been harder and harder to find that “spark”. Combined with the recent changes to Facebook that are drastically throttling the number of people that can view a post, I had decided as recently as yesterday that I was going to step away from the page, at least for a while. It was a hard decision, but when an artist realises that he/she is turning out substandard work, it’s time to take another look at the bigger picture. Three posts a week for three years equals, well, it doesn’t matter, and I hate math anyway.

Then yesterday mom and I took a trip up to Ola, Arkansas; there was a mandolin in a music store in the area, a simple instrument, but constructed out of two hundred year old wood taken from the beams of a tavern in England. After chopping just a few chords, I could feel her soul and knew that I could not let this one get away, so I put a down payment to hold it on layaway. The other reason for the trip was to meet Terre Jo Wood of Nova Star Rescue; she has a tiny rescue operation that has a massive impact against the blight of dogfighting and neglect that seems to infect rural America, regardless of race.

Not to too draw too closely on the canine analogy, Terre and I seem to have been circling and sniffing each other for weeks through social media, when she surprised me by asking me if we could foster a dog with anxiety issues. That’s like hearing the perfect song for the first time, and although we never spoke on the phone even once, we fired up the Google and set out to find the Casa del Ola.

My first response was when my search pulled up the fact that she is operating out of a 1100 square foot house: this is my kind of person. I remember a saying that my grandfather used to use: “we have done so much with so little for so long that we now feel qualified to do anything with nothing at all”. Her house was full of dogs in various states of recovery from a plethora of wounds and afflictions, but one thing was immediately evident: not one showed any sign of being underfed. If I believed in reincarnation, I think this is where I would want to end up.

Then we met Clara, cowering in the back of her kennel; the resemblance to Stevie Mae was uncanny, right down to her coloring, wariness, and even a slightly janky eye. They said she wouldn’t exit her crate for anyone, but even had to be lifted out for hunker trips to the back yard.

Oh, really? We’ll see about that.

Old Finnish proverb, “the humble hunter gets the bird”, meaning that you approach low, on the ground if necessary; it worked for Stevie, and it worked for Claire Bear. Soon she was performing Q-tip duty on my ears, and we loaded up the Subie and headed back east to the Casa del Whackos.

Not everything went smoothly, but it seldom does; she is going to take some work, but there has already been a night and day transformation since yesterday. We didn’t have to pull her out of the crate this morning, just opened it up and eventually she crawled up on the couch of her own accord, and is now piled up with Charlie like she’s been here for years. Coming and going from the outside through that scary front door is another issue, but also one for another day.

Young travelers set out towards a particular destination, old travelers seek a direction, and the winds have changed; maybe it’s time to reset the sails in preperation for a new direction.