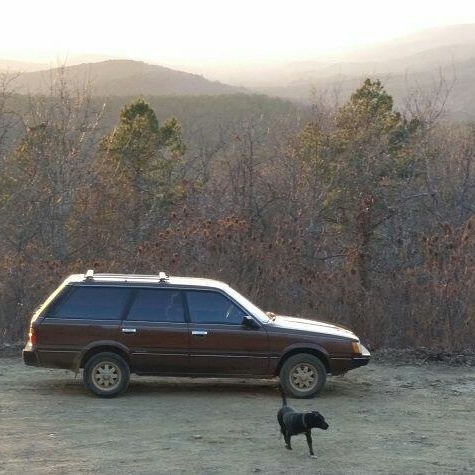 Wow, for that few months, it’s been crazy times at the Casa del Whackos, and not necessarily the good kind. Life changes involving the death of a parent, extracation from certain tar baby-like situations, and the steady ennui of every day life can suck the mojo out of a writer’s collective subconscious, making it difficult to spread the joy on the toast while trudging through the morass of mental molasses.

But for everything there is a season, and it’s a new spring as we head into fall. The heat appears to have broken a bit at the Casa, the book has been released on Amazon, Trevor came through town at just the right time to see the dedication to him inside the front cover, and then things started steamrolling.

Charlue was nominated and has been accepted as an Arkansas Ambassador by the Department of Parks and Tourism, which is a very great honor, to say the least. Although we tend to write about our travels across the west, some of the most incredible places we have visited are right here in the Natural State; its sometimes easy to fail to acknowledge the beauty in which we exist daily in favor of what lies beyond yon far horizon.

Then, two days later, we received a request to consider becoming Subaru ambassadors; in the attached questionnaire, the Subie elite inquired as to our experiences with the brand, so I just linked to a few of the blogs concerning the story of Miss Ellie, and then of her granddaughter, and their relationship with the inmates of the Casa. Stay tuned, as we have no idea where this one is going either.

Thanks to your generous donations, we were able to get Achilles in to see the famous Dr Andrea and her Fecal Stick of Woe, to determine the extent of his case of rubber legs; everything appears to be in order, his problem possibly the result of a traumatic injury to his spine where he never learned to activate his hind legs. So physical therapy and water treatment seems to be the treatment du jour, and that allowed enough cash left over for mom to to take a yet un-named goofy girl that recently has been dumped in our area a while back to go get speutered this morning. Updates will follow as well…

But the universe is kept in balance by good events being offset by those not so good, and a plague of Biblical proportions has descended upon the Casa del Whackos. It has become increasingly difficult to breathe the clouded atmosphere on the back porch, as the oxygen molecules have been replaced by vast clouds of cloying, caucophonic catastrophe.

That’s right, it’s as I had feared would happen: the hummingbirds have returned en masse.

Every August and September, the voracious micro-velociraptors descend on the shores of the Casa like a horde of marauding Vikings, except these tiny Norseman can fly, eat and poop simultaneously.(actually, I’m a bit jealous, as having this ability would save valuable time spent on pit stops while traveling via motorcycle, but I digress)

I have established a perimeter, and the Battle of Sugar Water Springs has been joined. As the dogs have wisely elected to sit, stay, and roll over and out of this particular fracas, I have determined to follow the example of my native-American bretheren and live by their word, “currahee”, meaning:

I have already proven victorious in various skirmishes and even a battle or three, but I fear the war will be ultimately lost, as the feathered little ingrates are ferrying in vast reinforcements from their kindred in the north. But I will not go gently into that good fight; someday I may fall prey to their viscious attacks, but TODAY IS NOT THAT DAY! This day, at least, I SHALL PREVAIL!!!

And if I should fall in battle, I will rest in pieces knowing that MY TRAGIC SAGA OF DEFIANCE AND SACRIFICE WILL BE RETOLD AROUND THE COUNCIL FIRES OF MY PEOPLE FOR MANY MOONS TO COME; AS LONG AS A MAN’S STORIES ARE BEING TOLD, HE SHALL REMAIN IMMORAL!

I think might have meant to say “immortal”…and you also might want to ease up on the caffeine this early in the morning; you’re scaring Micro Polo…