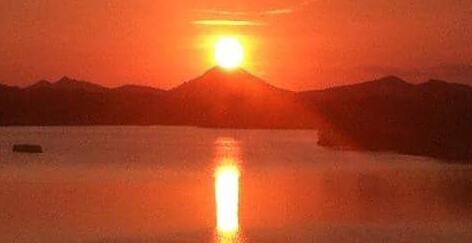 Dad and I dropped by Dr Shaw’s clinic last week to check on Achilles, the future poster pup for Ramien Noodles. His back legs are getting stronger daily, he has already doubled in girth and length since we first encountered the little goober that day in the cemetery, and soon we should see him fully recovered. A million thanks for your contributions; you know who you are; the generosity of the Charlie Bravo family never ceases to amaze me, which is why we invoke it so rarely.

While at the clinic, I saw a chart describing the relation of dog years compared to human years. While a lady never discusses her weight or age, I will say that this chart describes me as entering middle age.

I will admit that the completion of the book has given me the sensation of closing one chapter and looking to the future for the next, but middle age? No way this is happening to THIS girl! So many think that age defines us; if you don’t believe me, consider this game dad and I play on those rare occasions that we find ourselves surfing the channels on the idiot box.

If we land on a channel during a commercial break, we attempt to guess the programming being aired by the product being shilled. If it’s sexy, taut bodies hoisting alcoholic beverages on a pristine beach, chances are it’s a sporting event or mindless “reality” show. If it’s an ad for supplemental insurance, home alarm systems, or medication for a hemorrhoid the size and texture of a grapefruit, you’ve probably hit one of the news channels, or maybe reruns of “Matlock” and “Murder She Wrote”.
If the screen reveals a toothy lawyer reading woodenly from a storyboard, his eyes directed just enough slightly to the left of the camera to give one a case of vertigo, you’ve probably about to hear Judge Judy’s screeching, or maybe the roar of bloodlust from the crowd of the many modern-day Coliseums that pollute our airwaves.

And if you see an ad for anti-depressants, or even psychological counseling, you’re about to hear from Whoopi and the rest of the stellar examples of love and caring vomiting forth from the set of The View.

What do they all have in common? They all prey on our fears; fears of being unwanted, being taken advantage of, fears of aging, and the most insidious of all, the fear of being irrelevant.

An example: dad and I were down on the River Trail pounding out some miles before sunset, when we encountered a stunning couple out for a stroll. Were they black? White? Gay? Straight? Young? Old? None of this matters; what did matter was that their happiness and contentment was contagious, to the point that we turned around, went back and caught up with them for the soul purpose of telling them how absolutely breathtakingly beautiful they were. And that was it and the experience was over; no huge breakthroughs, special friendships formed, just a moment of NSAKOGI;

Could we have done that twenty, or maybe even five years ago? Probably not, as we were on a different spot on the trail. But now it sometimes feels as natural as breathing, to reach outward instead of always crawling inward. Our history doesn’t have to define us, but we can draw from its well and find a new mission,no matter where we are in life.

How are you making history today?

As a literary dog, one of the best feelings in the world is when a reader says that he or she found encouragement, or felt even the most minute amount of positive reinforcement or change in one’s outlook, as a result of my scribblings.

You have the same power to affect such change; your words and actions are already making a major impact on the people and the world around you, whether you know it or not.

You are who you are not in spite of where you’re at, but because of it; that, and who has helped you along your way. As a result, it is your responsibility. nay, your duty, to pay it forward, or even backwards.

You never know who’s following in your footsteps on the Trail.