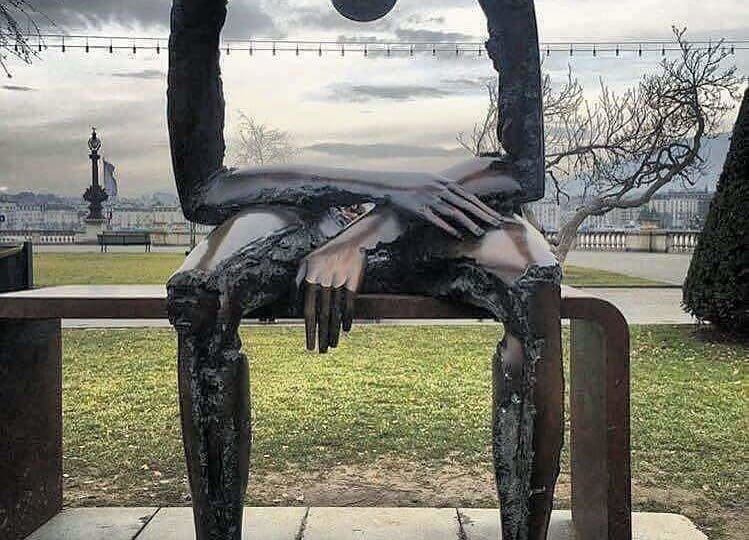 Hello, group; my name is dad, and I’m a foster failure.

It always starts with just one look; what can it hurt? Surely, someone one else will step up this time and I won’t have to expose myself to the blessing and the curse.

(Hair covered lady, twisting an empty leash around her shaking hands) But what about the cases that only I have the expertise to assist? Surely, in those cases, maybe it’s OK to take “just one more”, isn’t it?

I think that, while compassion and empathy are very compelling motives, sometimes ego is as well, which is probably why some of us are sitting here today. There is a very fine line between dog whisperer and dog hoarder, one that seems to trip me up every time.

But what about those people that are “enablers” and “encouragers”? You know, “oh, you just HAVE to keep this one or that one”, failing to see our weakness, or worse, preying upon it? Aren’t they aware of the pressure that we are already putting on ourselves?

I realize that’s a problem as well, not unlike offering an alcoholic a bottle and saying “oh, this will make the perfect tequila sunrise, one more won’t hurt”, then standing back and watching him struggle with his relapse and subsequent withdrawals.

But it’s like anything else in a life worth living; the greater the pain, the greater the reward, but sometimes you need to step back and detox for a bit. I once met a lady who was constantly fostering children down in Texas; she was a tiny thing, barely larger than the kids that she was unselfishly bringing into her home. Whenever one eventually leave her care, it would be like she was losing a member of her family; to clear the cobwebs, she would come up to Arkansas and hike the Ozark Highlands Trail, two weeks alone in the forest to reboot the computer, as it were. When we first met, I thought I understood, now I know I do.

what about those naysayers who live in in their own precious little bubble, where no matter what actions you take in the heat of the moment to do the best you can with the limited resources at your disposal, they always seem to have “the answer”? Unfortunately,it always seems to be an answer that doesn’t involve them turning off social media for a bit and actually doing something tangible to help alleviate the problem that they are bitching about.

There isn’t one,except to continue to do the best we can and worry about it at night. Service every need as it arises, and be assured that the benefit will return to you tenfold; Karma may seem to be as hard taskmistress at times, but be assured that she is a benevolent one as well.

But even if there was no hope of a reward for our actions, there is still only one way to live, as if every life matters, because it does… which brings me to the question: why are we sitting in this dank church basement, drinking bad coffee and eating stale donuts, and bemoaning our fates when we should be out there doing the hard things that others can’t or just won’t? Now, pass the dang tissues, somebody’s been chopping onions again and we have work to do!

A million thanks to the Betsy’s, Terre’s, and Shelley’s, out there; you are truly doing God’s work.