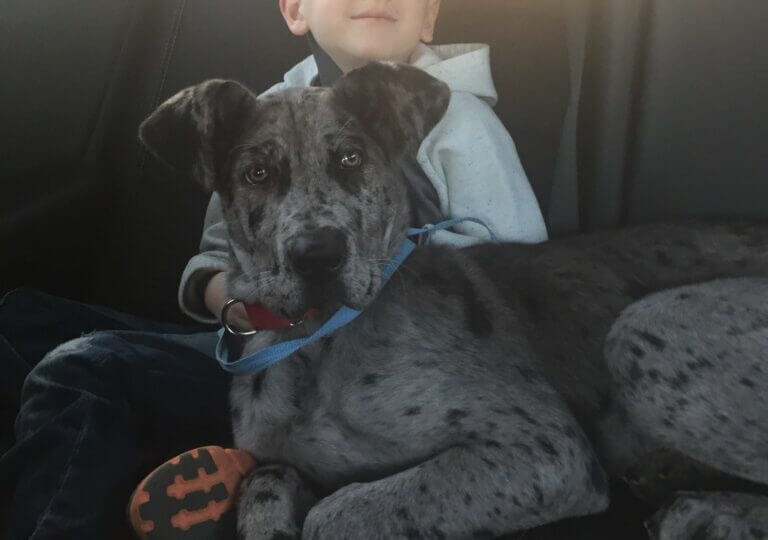 While not officially not an inmate at the Casa del Whackos, i have my own story to tell. Although my looks are deceiving, I’m actually a three month old puppy that someone left tied to the door of a local shelter. Did I panic or fret? Not in the least, as I had a plan; if Charlie could find a Casa to rule in the south, what should hinder me from establishing my own fiefdom to the north? All I had to do was bide my time until the right family of pushovers happened along, and happen along they did; a combined family eerily reminiscentof the Brady Bunch minus one.

When I became available for adoption, a crowd showed to claim me, but I had already decided where I was going to establish my new domain, and here I am; not even two days at my new address and it’s obvious that I’m the absolute ruler of the roost, the ArchDuke of Williamistan!

You may approach and kiss the ring.