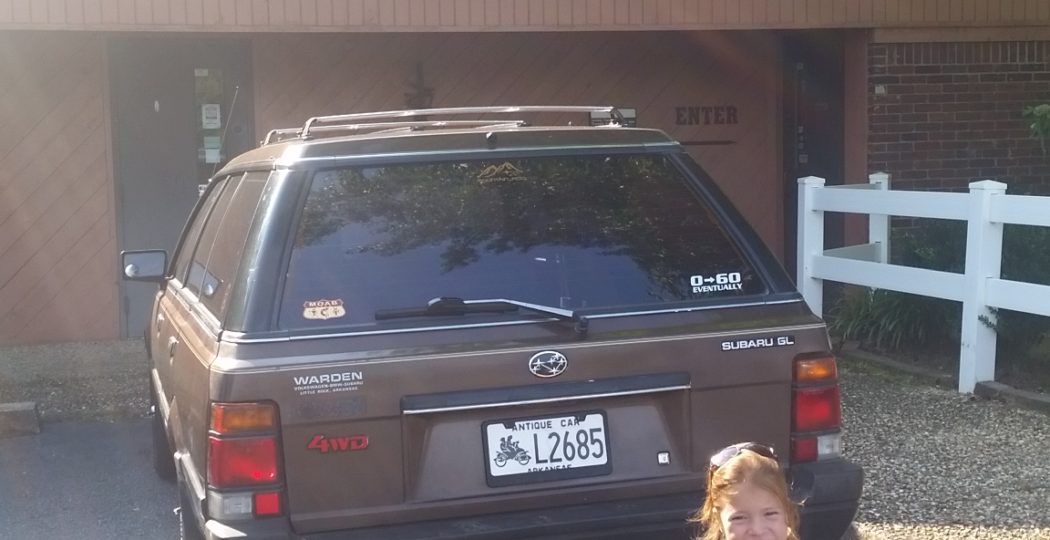 One of the challenges of this page is to chronicle the facts without getting too “windy”, but sometimes events happen in such quick succession at the Casa that it’s difficult to keep up. On example is when we’re on a trip; I could write a chapter about a breakfast stop, and the day hasn’t even begun.

Where to start; how about at the beginning? There have been a few select names that have followed my story since the inception, you that have realized what the message is really all about; one of those names is Faith. She had really wanted to adopt Dash/Takoda but things didn’t work out at the time, so when the latest vagabonds, Lucy and Ricky, showed up at the Casa, she decided to take a little trip into the sweltering stew pot that is Arkansas in August.

Now, Lucy looked really bad; in spite of mom’s feverish treatments, her small round sores had grown into large patches of missing hair(Lucy’s, not mom’s). In dad’s defense, he was totally forthcoming in describing the severity of the situation, but it’s a testament to Faith’s determination and willingness to take on a lost cause that she not only decided to go ahead and make the trip, but brought her whole clan along as well. Dad made an appointment with Dr. Andrea to get Lucy checked out with everyone present, and a plan was born.

In the meantime, Mrs M called and dad to bring me over for a visit and a surprise; for those who may have missed it, Mrs M is the widow of Pop, Miss Ellie’s first owner, and shall henceforth be known as “Ma”, as that’s what she is. Don’t let her age fool you, that lady is sharp as a tack, careening around town in her own five speed Subaru Justy like an octogenarian Mario Andretti. Her stories of wild racoons following her to the feed barrel every morning had us in stitches, and then she brought out a beautiful handmade afghan for the Casa; although she no doubt that her life ended when her husband of 57 years passed, I assure you her story with the Casa has just begun.

So then the Faith posse arrived in town, commandeered by her absolute pistol of daughter, Ky;she’s wired for sound, that one, imagine a cross between Dash from the Incredibles, Ellie Mae from the Beverly Hillbillies, and Dr Doolittle. She had been saving her allowance for Charlie Bravo swag and was NOT to be deterred, so after meeting all of the inmates of the Casa de Whackos, we went over to Gary’s to make her selection.

Then it was time for Miss Ellie to shine; we loaded up a pet carrier for Lucy, and it was off to the Landmark Animal Hospital to get Lucy checked out. The good news is that her condition is not ringworm bur dermodectic mange, not contagious but brought on by a compromised immune system due to malnutrition, which explains why Ricky didn’t show the signs of ringworm as well. So after treatment, shots, chipping, and a brief stop back at the Casa to say goodbye to the inmates, Lucy is now enroute to her new home up north.
This is a mixed bag for Ricky, as though his partner in crime is now gone, the vet’s diagnosis dictates,that he can now engage in severe romping activities with the rest of us dogs; I for one plan to thoroughly put him through his paces.

So now we’re barely through with one adventure, and it’s on to the next; we have reports of a remote swimming hole, so dad’s loading up Miss Ellie so we can test out the Subie’s 4WD.

It’s always a (hot) party at the Casa!