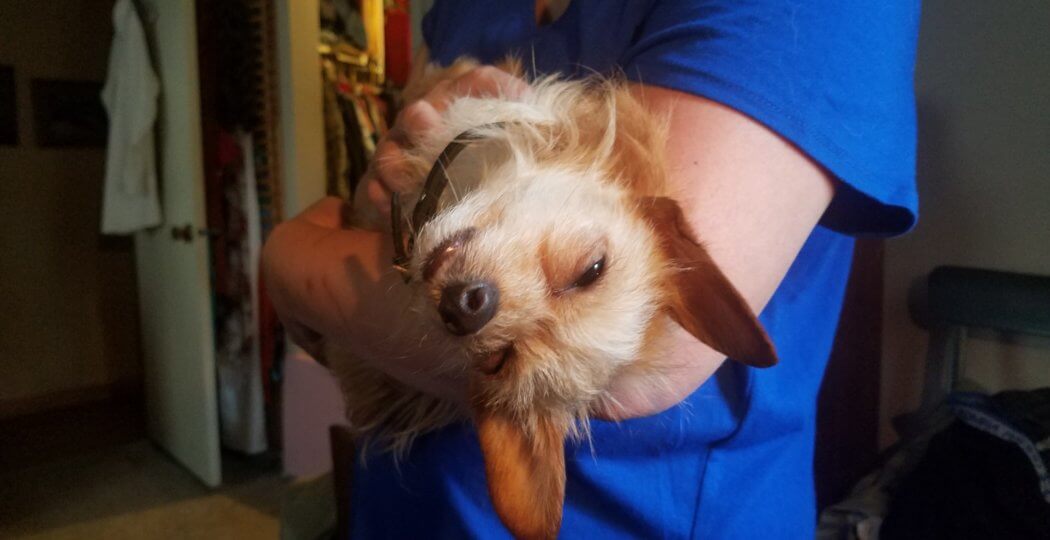 Ajax here; sleeping arrangements have taken a turn for the worse at the Casa del Whackos, at least for dad. Charlie has recently gotten into the habit of beginning the evening by separating herself from the battle that begins nightly at 1030 and retreating to the couch until an armistice is reached. Then, in the wee hours of the morning, she’ll decide that she needs some dad lovin’s and here she comes, with no respect for any tender vegetatation she might be trampling upon.

But the real problem is Marco. When Bull Taco passed while heroically defending the Casa, dad thought he would do a good deed by hosting one of Bull’s delinquent, long-haired cousins from south of the border. Little did he know that A, the little varmint would have such Napoleonic tendencies, and B, that mom would fall completely under his Rasputin-like spell. This combination does NOT bode well for dad, as Marco has quickly achieved Finnish Spitz status, and is infallible, at least as far as mom is concerned.

When mom gets like this, we all just take a BIG step back; to say that her behaviour gets a bit irrational concerning “her” dogs is like saying that Donald Trump is mildly addicted to tweeting. An example:

Mom sometimes has to go in to work early, and even her turning every light on in the house, flushing every toilet multiple times, banging and clattering around the bedroom, all while carrying Marco like some sort of hairy little papoose wasn’t enough to roust dad and Charlie from beneath the covers.

Most “normal” wives would come in and say good bye, have a good day, see you tonight, and so on, but mom doesn’t stop there. She flips back the covers just far enough to deposit Marco not just under the quilts, but between dad’s legs. The first morning that this occurred, dad wasn’t aware that he had been relegated to dog incubator status and awoke later to find that he had apparently given birth during the night to a scruffy little bundle of joy.

Surely, this must have been some sort of immaculate conception, as there were no labor pains, no contractions, no apparent breaking of water other than dad’s normal incontinence(just kidding, dad), but here we have a new addition at the Casa.

Some people used to tell their children that babies were delivered by a stork, I think that this one was delivered by a stark, as in a stark-raving lunatic of a dog-loving mom, who would sacrifice her husband’s dignity to ensure that her goofy long haired Chihuahua caught just a few more minutes of slumber under the covers, as this has now became a morning ritual.

Imagine starting the day by lifting the covers to see a smug, tousle-headed, face peering up from the the depths of “down there”;

There are obviously no boundaries at the Casa del Whackos.