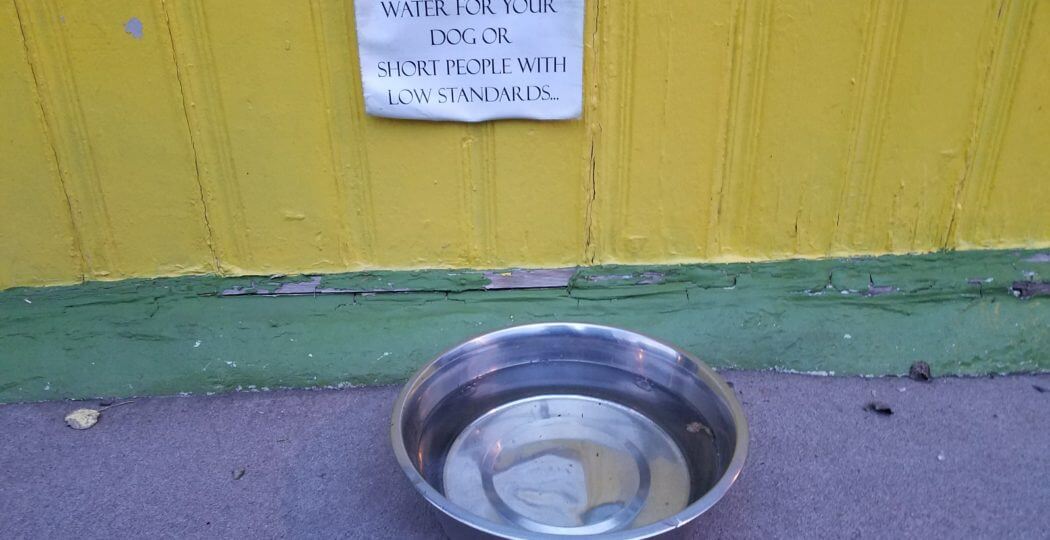 Dad here; for the last few months, life at the Casa has been “challenging”, for lack of a better term. Cares of life seem to cause words that usually flow easily to clog in my throat like ketchup in a full bottle; sure, the words are in there, but it takes a smack or two on the bottom to get them moving. Then I usually end up with much more on my plate than I initially planned.

It was on such a day that I was taking care of business at the DMV; the task at hand was costing me a good deal more than I had initially expected and as a result, I was in an exceptionally foul mood. Luckily, the Bryant office is one of the most efficient locations, so by the time my number was called, the crowd had thinned considerably. The clerk and I found ourselves belly aching about the bad news of the day, recent shootings, politicians, recent shootings at politicians (I made that one up), etc, when it occurred to me to stop in my tracks:

“Want to hear some good news for a change?”

I proceeded to tell her the story of Charlie Bravo and the message of the crate; the following is a message received from her yesterday, reposted here with her permission.

“Just wanted to comment I met dad at the revenue department where I work. He shared his story and brought me to tears. It is surely so wonderful to hear something good come out of something bad. Dad and his son are the true angels here. They saved Charlie bravo’s life and she saved their’s. I have shared the story with several several people over the last few days and all have said the same, angels are amongst us. My name is Lajena Holt. Thank you for sharing, dad!”

While this encounter didn’t positively affect my tax situation one iota, it did positively affect me, and hopefully some of the others that were eavesdropping on the conversation. I’m acutely aware that some were snickering, others probably wanting the short guy with the big mouth to finish conducting his business and move on, but sometimes you have to face the potential ridicule and “do what you gotta do”.

This compulsion is why I prefer to travel alone, as I consider Charlie not as a traveling companion but as an extension of me; becoming a parent of a rescue dog simply means that part of your heart is flouncing around on four legs outside your body.

So the next time you start getting hit with waves of negativity, take the to counter it with some positive; the life you save may be your own.