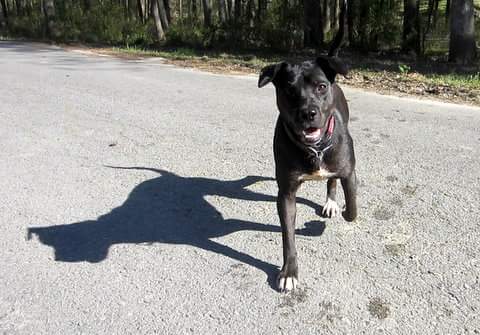 Some time ago, dad was trying his hand at a children’s book, and was attempting to put my story into rhyme; I told him that he needs to stick to his chauffeuristic tendencies and leave the writing to me.

Anyway, it’s obvious in which category dad finds himself, as his mind kept going back to a poem from long ago, “The Touch of the Master’s Hand”, and this is what emerged:

Twas ragged and raw and the riders saw She had been there for quite a while
In a crate in a field with no end in sight,
No houses for many a mile.
They stopped for a bit, then left in a cloud
Of dust and exhaust so blue;
She resigned herself that this was her fate–
The crate was all she knew

She pricked up her ears as a sound approached and the riders came back into sight.
So weak she was, she could barely move,
Her famine overcoming her fright.
But here was a change, hands reaching out,
inflicting something much different than pain.
They left once again, came back with a truck,
And headed for home in the rain.

Due to her plight, she spent the first night
Sleeping with Zach and the bikes.
Hondas and Harleys, though great on the road,
Were not the bedpartners she likes.
Next day at the spa with Alex and Ma;
Transformation taking place all the while.
First the smell, then the pain, vanished down the drain
Leaving a black coat and white smile.

As her confidence grew, her message did, too
That we all live in some sort of crate
But no matter how hopeless our conditions may seem,
Hope never fails if we wait.
Now she hogs dad’s whole bed, from the foot to the head
She’s the Queen of the Casa, you know.
She rides in a hack, it’s a sidecar so black
Her name is Charlie Bravo!